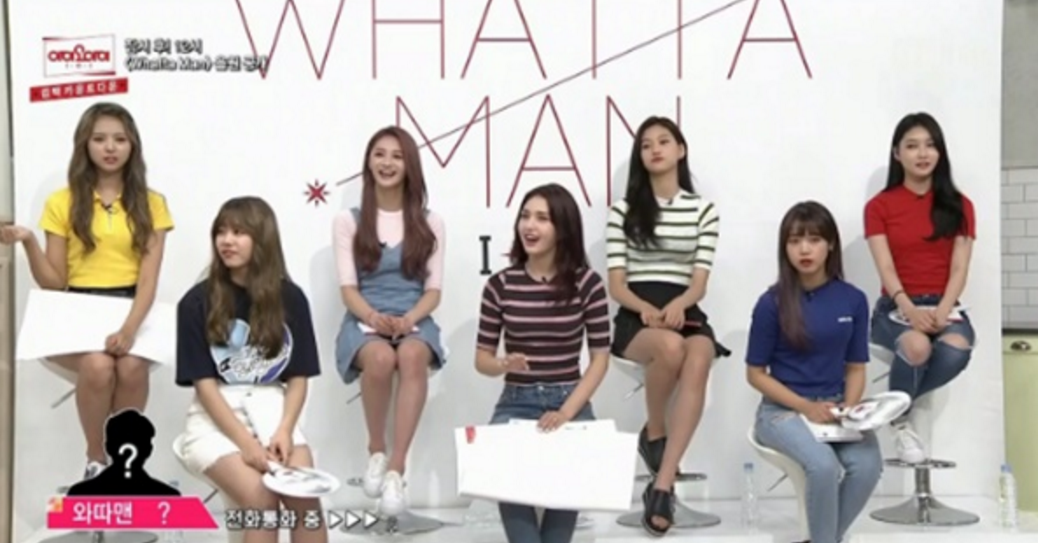 During I.O.I’s comeback countdown, the girls received some encouragement from GOT7’s Jackson.

The special episode showcases their new album “Whatta Man (Good Man).” The members talk about the album, saying, “We only signed it, so we’re actually curious to see what it looks like on the inside.”

On a segment of the countdown, the members receive a phone call from an unknown caller, who says, “I am pretty close with I.O.I.” The girls guess that the caller is either someone on staff, or Jang Geuk Suk. But the caller reveals himself to be Jackson from GOT7. “I’m not the only one on the phone. All the GOT7 members are here as well,” he says. Jackson then talks about I.O.I’s new song and praises them, saying, “I think I.O.I’s ‘Whatta Man‘ is going to make it big. This song is going to be number one. It’s going to be number one on the Billboard World Albums Chart.”

Then Somi proceeds to do an impression of Jackson, and the other members of GOT7 also encourage the girls through the call.

GOT7
Jackson
I.O.I
How does this article make you feel?