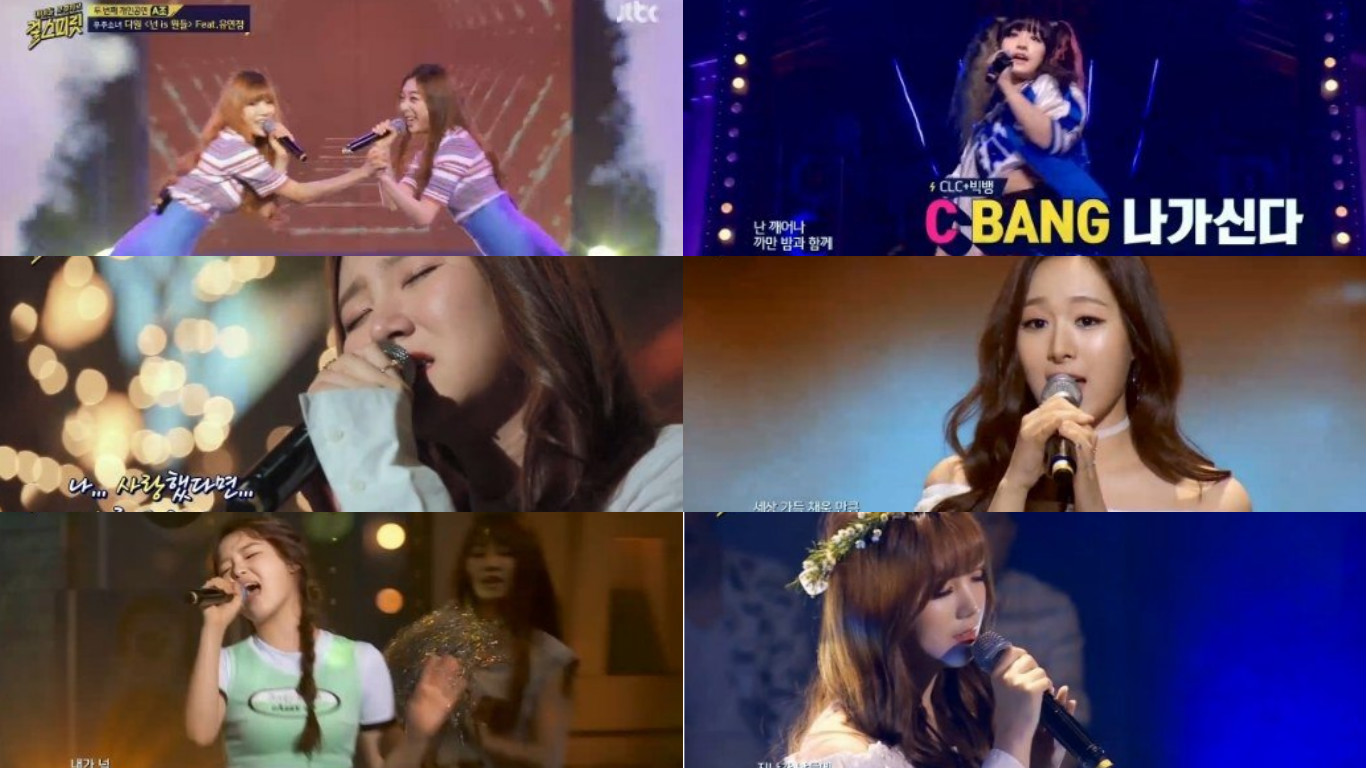 On the August 9 episode of JTBC’s “Girl Spirit,” the girls are asked to cover the hit songs of the first half of 2016.

First up was Cosmic Girls’ Dawon, who put on an energetic performance of MAMAMOO’s “You’re the Best.” Featuring as a special guest was I.O.I member and new Cosmic Girls member Yoo Yeonjung! The two new groupmates showed off their harmony and scored 94 points.

Next, Pledis Girlz’ Sungyeon covered Naul’s “Memory of the Wind.” This song came out in 2012 but continues to remain popular on Korean music charts. Although Sungyeon put on an emotional performance, she was a little flat on a high note and said, “I feel regretful because I wasn’t able to perform as well as I did in practice.” She scored 63 points.

Oh My Girl’s Seunghee performed TWICE’s “Cheer Up” and re-arranged the song to fit her own style. “The original is very cute and youthful,” she said. “But I wanted to show a more mature and forceful sound.” She scored 94 points, the same as Cosmic Girls’ Dawon.

Next up, SONAMOO’s Minjae covered “I” by Taeyeon, one of her role models. The performance featured a special appearance by Sleepy, who wrote his own rap for his part. Minjae showed off stable, powerful vocals and a clear, ringing tone and received praise from Seo In Young, who called it her favorite performance of the night. Minjae scored 65 points.

The last performance of the A group was Lovelyz’ Kei. She performed Park Hyo Shin’s “Wildflower,” which was released in 2014 but also continues to be a favorite among listeners even well after its release. Although the song is very difficult, Kei put on a stable, emotional performance and won 90 points.

When the first and second round scores were added together, Oh My Girl’s Seunghee took the crown for the second time on the show!