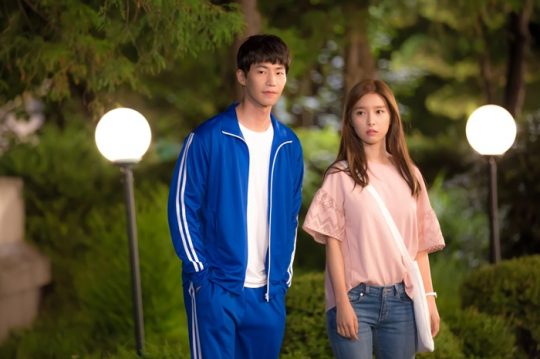 On August 10, SBS uploaded preview stills of Song Jae Rim and Kim So Eun filming the first episode of the new drama.

Song Jae Rim plays Heo Gap Dol and Kim So Eun plays Shin Gap Soon, who have been a couple for 10 years and are both jobless at the moment. 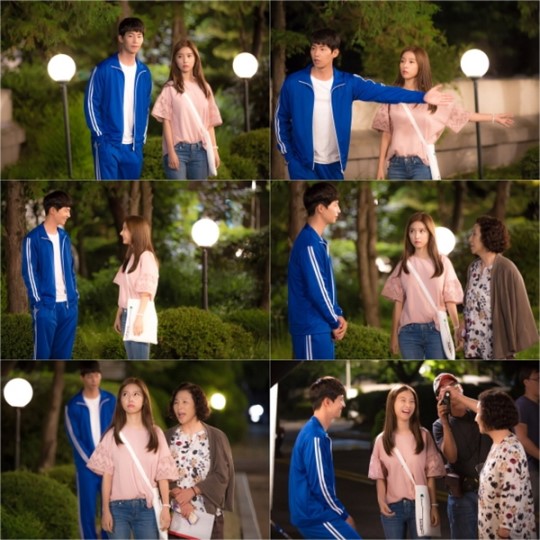 In the stills, they both seem very comfortable and easy-going around each other, just like how a longtime couple would be. The pair previously starred together as a couple on the virtual romance show “We Got Married.”

It’s reported that as soon as the camera started rolling, Song Jae Rim and Kim So Eun stopped playing around with each other and put on a straight face, perfectly acting out a couple in an argument. When Gap Soon’s mother Nae Shim (Go Doo Shim) appears, the couple looks discouraged, meaning that their future is not quite bright.

This scene was filmed in front of an apartment building in Ilsan. Song Jae Rim and Kim So Eun already seemed very comfortable with each other and filmed the scenes without any bloopers. Although the filming went on for hours late at night, the two remained bright and stayed true to their characters.

“Our Gap Soon” staff stated, “The chemistry between Song Jae Rim and Kim So Eun is so good that the staff is having a blast while filming. ‘Our Gapsoon’ will include humorous bits about the current marriage and dating trends. We are trying our best to make the story relatable to the viewers with our detailed story line and unique characters.”

Kim So Eun
Song Jae Rim
How does this article make you feel?