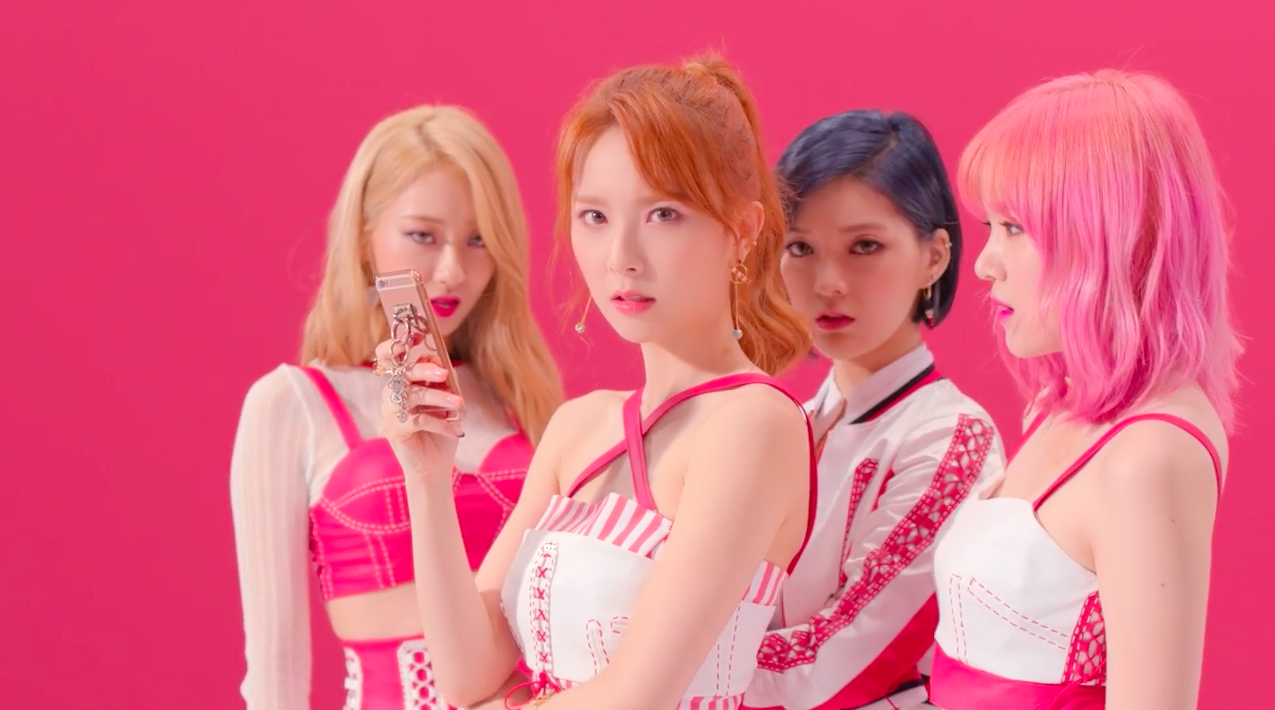 On August 12 at midnight KST, 9MUSES A shared a dance version MV for their title track “Lip 2 Lip.” Watch it below!

9MUSES member Sungah took to Twitter to say, “Congratulations on our 6th anniversary, our MUSES and MINE” with a line of the chorus of “Lip 2 Lip.”

“I miss you, I want to even just make eye contact and ask if you’re okay,” writes member Hyuna on Twitter. “To our members who are achieving every moment, and to MINE who are making those moments shine, I’m always sorry and grateful, I L Y.”

She also tweeted out, “Let’s be happy, MINE.”

Minha also wrote on Twitter, “Thank you, I miss you too.”

Kyungri writes on Twitter, “Congratulations on the 6th anniversary of the original members of 9MUSES!” 9MUSES has had several lineup changes since their debut as members graduated and others were added, and Hyemi is the only current member from the original lineup.

9Muses
9MUSES A
How does this article make you feel?