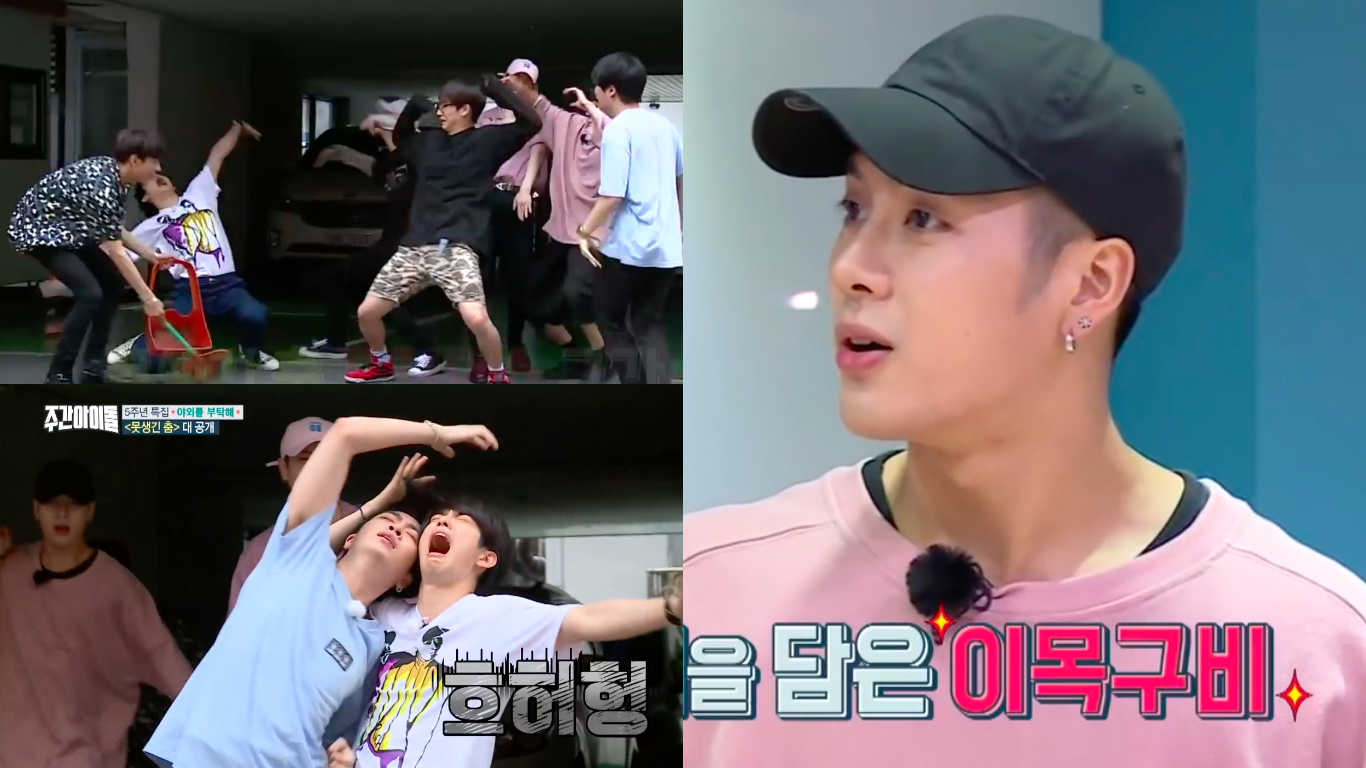 Watch: Jackson Is Sure GOT7 Will Lose All Their Fans With Their “Ugly Dance” On “Weekly Idol”

On August 10’s episode of “Weekly Idol,” Jackson can’t help but get worried when he finds out that the group is really going to be putting on an “ugly dance” for fans as a penalty!

After Yugyeom lost a game in the show’s fifth anniversary special last week, the group is tasked with performing an ugly dance in front of the JYP Entertainment building, where a huge crowd of fans has gathered. The guys explain to BamBam, who wasn’t able to take part in the previous episode’s filming, that they’ll have to put on really ugly funny faces as they perform.

“How many seconds do we have to do this for?” asks Jackson, and he’s shocked when Yugyeom tells him it will be for the whole song. “Wait a minute, in front of our fans? We already don’t have many fans, if we do that, we’re going to lose them all!”

After they all watch Yugyeom’s hilarious ugly dancing from “Weekly Idol” for inspiration, they try to decide what song to perform. “Should we do Park Jin Young‘s ‘Don’t Leave Me’?” jokes Jackson, as they’ll be performing in front of their fans. However, when they discover that the song’s four minutes long, they change their minds.

The other members crack up at his concerned plea, and then the group decides to perform their song “Girls Girls Girls,” with each of them only doing an ugly dance during their own part. Naturally, the members with more singing parts are less happy than the others.

“We need to apologize first to the viewers,” says Jackson. “This might hurt their eyes.” Leader JB then formally apologizes on GOT7’s behalf, and the whole group bows deeply to their viewers before making Jackson address his parents via a video message.

Watch the guys rehearse and then perform their “ugly dance” in the clips below!

GOT7
Jackson
Yugyeom
Weekly Idol
How does this article make you feel?