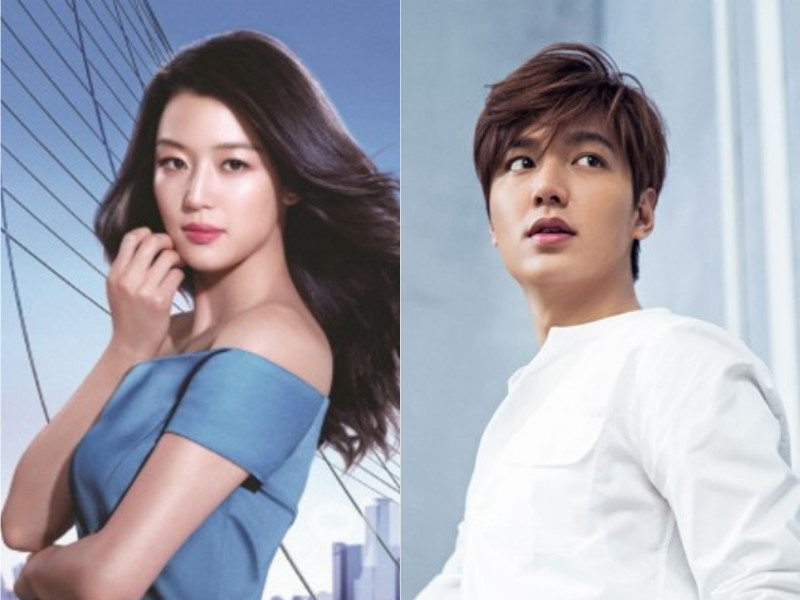 Jun Ji Hyun and Lee Min Ho are headed to Palau and Spain for their upcoming drama!

On August 12, a source revealed, “The two of them are going to Palau and Spain for overseas filming of SBS’s new Wednesday-Thursday drama ‘Legend of the Blue Sea.'”

The source continued, “[They] will leave for Palau late August and go to Spain in September. Since the content of the drama involves exotic coasts and the title itself includes blue sea, they are leaving to film overseas.”

Considering the costs of filming overseas, it’s not overly common for dramas to do this. Producers of the upcoming drama appear to be taking great attention to detail from the content to the casting as well as the scenery.

Jun Ji Hyun will be portraying a mermaid who has come to Seoul. Lee Min Ho will act as a cold-blooded con artist who falls for the mermaid.

All eyes are on this drama considering the popularity of Jun Ji Hyun and Lee Min Ho. Furthermore, star writer Park Ji Eun who penned “My Love From the Star” is writing for this drama. Likewise, director Jin Hyuk of “City Hunter” will be helming the project.

Many are also interested in the plot as it is a fantasy romance centered around a motif from the mermaid/merman story in Korea’s first historical (romance) storybook. In the Joseon-era storybook, it is recorded that real-life figure Kim Dam Nyeong returned mermaids/mermen that were caught by fishermen back to the sea.

“Legend of the Blue Sea” is scheduled to air after “Incarnation of Envy” ends its run in November.