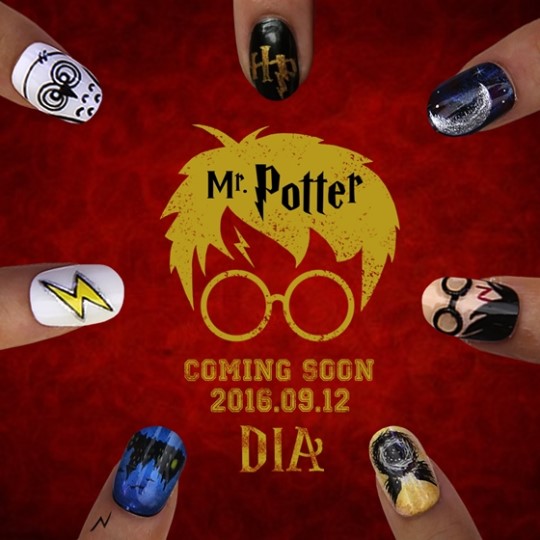 On August 12, DIA revealed their first teaser for their September comeback.

The image includes the writing “Mr. Potter COMING SOON 2016.09.12 DIA.” At the center is an image of Harry Potter with seven fingers pointing at him. The seven fingers represent the members of the group and are painted in various Harry Potter-themed decorations.

MBK Entertainment confirmed that the group will be making a comeback and their concept will be “Harry Potter.” Their title track is “Mr. Potter” and will talk about the feelings of one-sided love for Harry Potter. The song is the work of producer Shaun Kim who is the head producer of Brothers Records.

It appears as though fans will be able to look forward to a change from DIA’s latest promotions with “On the Road” this September.

Meanwhile, take this fun quiz to find out which Hogwarts House you belong to according to K-pop!