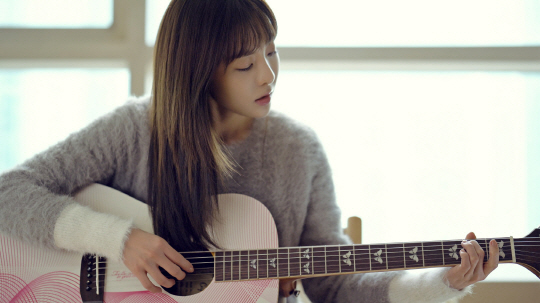 Sandara Park’s casting for film “One Step” (tentative title) has been confirmed.

The star will be portraying the main character Si Hyun who sees music in color. Si Hyun is a famous songwriter who falls into a slump after becoming unable to create songs. However, this changes after meeting Ji Il (Han Jae Suk).

“One Step” is described as a music drama that develops through the melodies connected to the past that Si Hyun dreams of every night as she finds her lost self through music. Music itself is another main character as well as Si Hyun’s life.

Director Jun Jae Hong of “Poongsan” will be leading the film. Also, MCC Entertainment who worked on the OSTs for dramas “The Great Queen Seon Deok,” “Behind the White Tower,” “Six Flying Dragons,” and more will be producing this movie. Lastly, renowned music director Kim Soo Jin has been working on the music for this film for three years with a team.

The film is scheduled to be released in theatres later this year and promises to be different from typical music films through warming hearts and comforting eyes and ears.