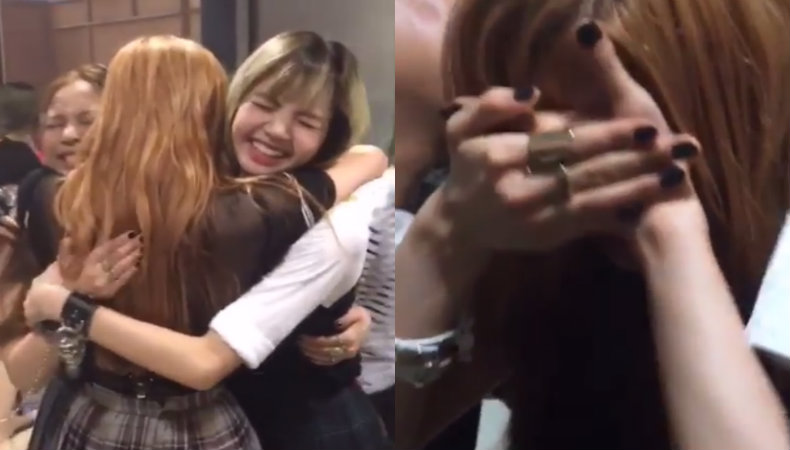 BLACKPINK Break Down In Happy Tears After Debut Performance

YG’s fierce new girl group BLACKPINK show that they are still young at heart as they tearfully celebrate their debut stage with their agency family members.

On August 12, YG Entertainment’s founder Yang Hyun Suk uploaded a video to Instagram (@fromyj) that shows the four ladies coming back to their waiting room after recording their debut stage for SBS’ “Inkigayo.”

In the video, a group of staff members welcome them as they return to the waiting room and member Rose immediately breaks down in tears as everyone shows their relief, happiness, and gratitude at finally standing on stage as a group together.

BLACKPINK has exploded in popularity following their debut on August 8 with the release of their songs “BOOMBAYAH” and “Whistle,” slaying the charts on four realtime music charts domestically as well as taking over the top spots in China as well.

BLACKPINK’s debut stage will air on the upcoming episode of “Inkigayo” this Sunday, which you can watch here.

After our first performance as BLACKPINK, after meeting you guys for the first time. #BACKSTAGE #teamBLACKPINK #눈물바다 #THANKYOU #SEEYOUSOON #인기가요 #DEBUTSTAGE #0814