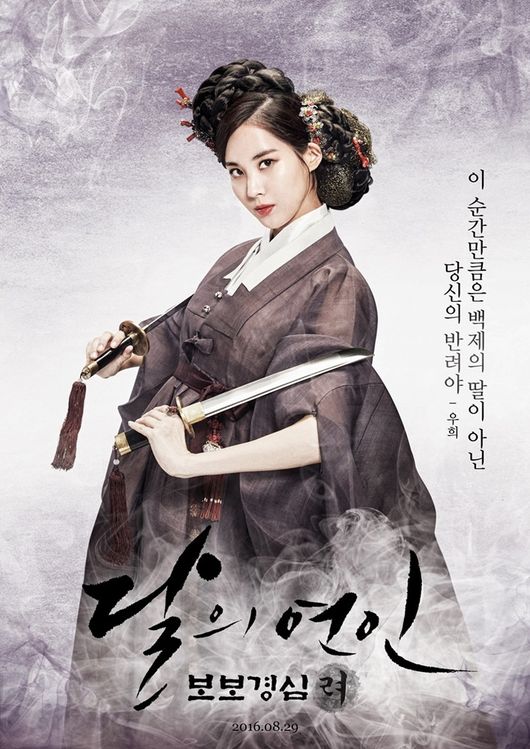 After revealing some intense posters and stills of their main players, “Scarlet Heart: Goryeo” is lifting the veil on some of its secondary characters.

The new posters include Girls’ Generation’s Seohyun, who looks both beautiful and dangerous with an elaborate hairstyle and two short blades. Her tagline reads, “In this moment, I am not Baekje’s daughter, but your companion.” Her character is Woo Hee, the last princess of Baekje, determined to avenge her family and country on the Goryeo imperial family. 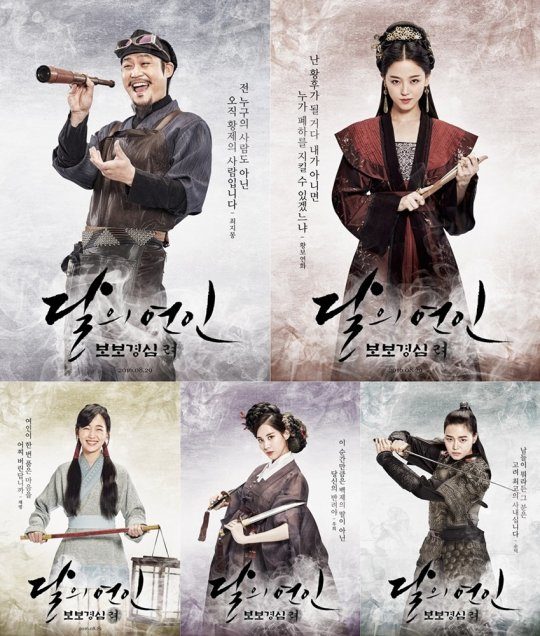 The drama also released posters and stills of Kim Sung Kyoon, Kang Han Na, Jin Ki Joo, and Ji He Ra. Kim Sung Kyoon plays Choi Ji Mong, a genius astronomer who assists King Taejo unify the kingdoms and found his dynasty by interpreting his dreams. His tagline reads, “I belong to no person except the emperor.”

Kang Han Na plays Hwang Bo Yeon Hwa, a Goryeo princess and the younger sister of Wang Wook (Kang Ha Neul). Her tagline reads, “I will be empress. If not me, then who will guard His Majesty?” Her character is said to be highly ambitious, and her plans come between Lee Joon Gi and Kang Ha Neul’s character as well.

Jin Ki Joo plays Chae Ryung, Hae Soo (IU)’s maid. Despite her poor background, her positive energy and bright smile are expressed in her poster, which reads, “Once a woman makes up her mind, how can she throw those feelings away?”

Ji He Ra plays Park Soon Duk, the daughter of a general and she herself embraces the war life, seen lifted on the shoulders of soldiers in a still and armed with a blade and armor in her poster. Her tagline reads, “No matter what people say, that person is Goryeo’s greatest man.” Apparently her first love was the 10th prince, Wang Eun (Baekhyun), and the tagline possibly refers to him. 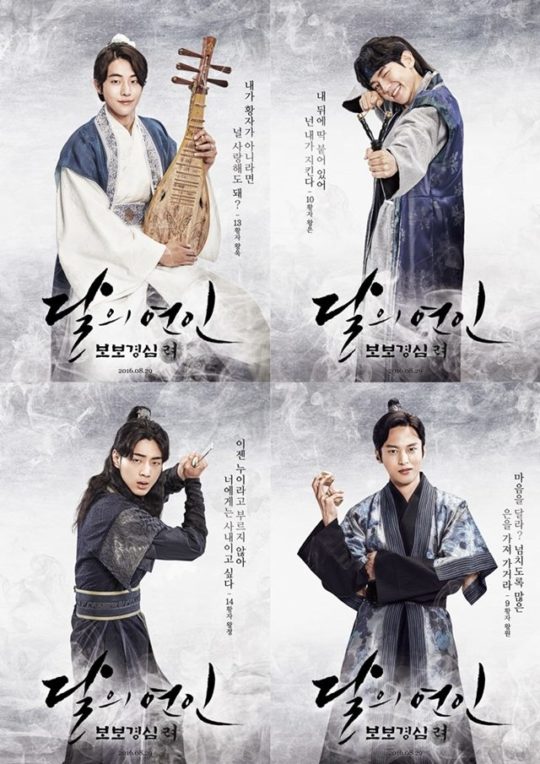 Finally, the younger imperial princes get their new posters and stills as well. Nam Joo Hyuk holds a traditional instrument in his poster and his tagline reads, “If I wasn’t a prince, could I love you?” Although gifted in arts from an early age, he has always felt a sense of distance from his princely title due to his mother’s background. He shares a name with the 8th prince, Wang Wook (Kang Ha Neul).

Baekhyun also gets a new poster in his role as Wang Eun, the playful troublemaker of the imperial princes. He hates both studying and martial arts and reportedly ends up experiencing his first love after getting into a series of arguments with Hae Soo. His tagline reads, “I’m going to stick right behind you. I will protect you.”

Ji Soo is the youngest prince, Wang Jung, who shares a mother with the 3rd and 4th princes. He grew up with a lot of love, still tries to monopolize that love, and has a close bond with Baekhyun’s character. His tagline reads, “I won’t call you sister anymore. I want to be a man to you.”

Yoon Sun Woo plays the 9th prince, Wang Won, who is immensely wealthy due to his mother’s family background. HIs tagline reads, “You want my heart? Take as much silver as you like.”