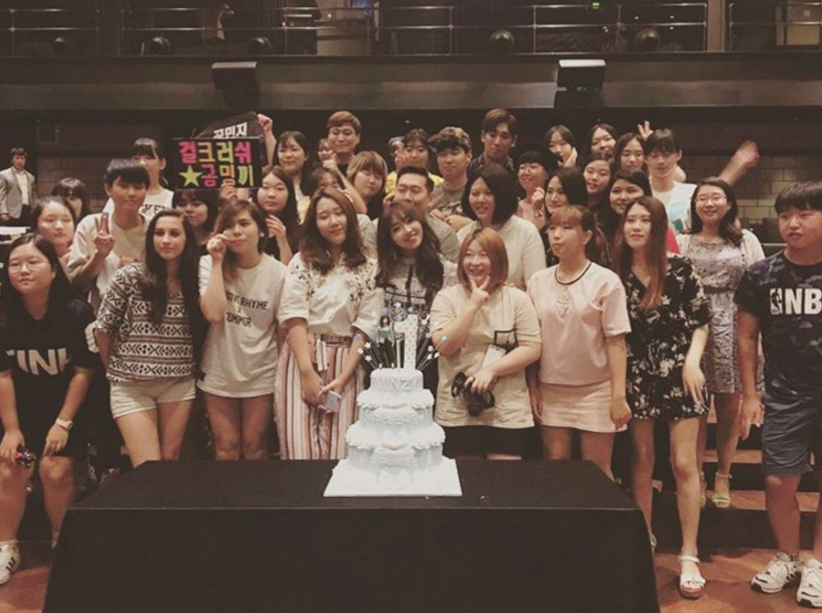 On August 13, Minzy enjoyed an intimate gathering with about 40 fans at the Private Cinema in Cheongdam Cine City. The meeting lasted about an hour long and was broadcasted live via Naver V App for fans who couldn’t be physically present.

Minzy prepared various gifts for her fans, but the fans also had a gift for Minzy, congratulating her upcoming comeback—her first in about two and a half years—with a cake. The cake was topped with a figurine fashioned after Minzy’s new profile photos, which she released along with the launch of her official Facebook page on July 25. 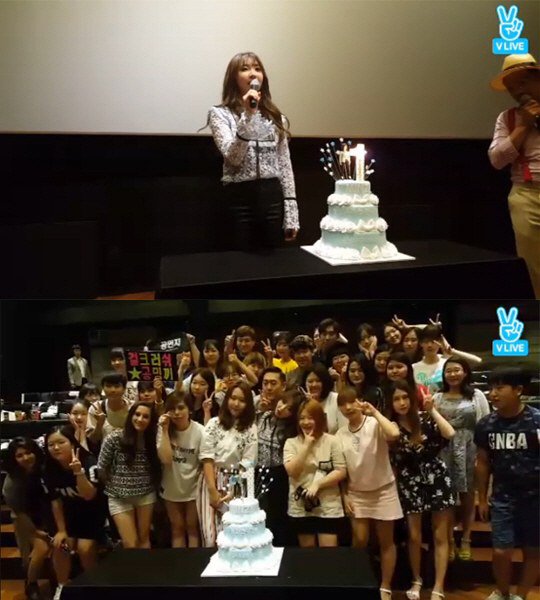 Following the fan meeting, Minzy uploaded a group photo with the doting caption, “This might as well be a family picture hehe Love you! Thank you ❤️always❤️ #minzys1stfanmeeting Thanks for coming today? my Angels? Hope you guys liked it! I love you?”

Are you looking forward to Minzy’s solo debut?
Source (1)