Watch: Fencing Man Revealed As Popular Idol After Performing BIGBANG’s “If You” On “King Of Mask Singer”

On the August 14 episode of “King of Mask Singer,” singers who passed the first duet round of the competition returned for the second round of performances.

The contestant called Fencing Man, whom netizens widely speculated was BTS’s Jungkook, performed BIGBANG’s “If You.” Although the panel praised the singer for his singing ability, his opponent took victory, and Fencing Man’s identity was revealed.

Watch Fencing Man’s performance of “If You” below:

And, it turns out, everyone was right! Fencing Man’s identity was revealed to be none other than BTS’s golden maknae, Jungkook!

Jungkook said, “I turned 20 this year. I came on the show because I wanted to have a coming-of-age ceremony,” and added, “I’m still really lacking vocally.”

Later, backstage, Jungkook said, “I wanted to let everyone know that there is a boy that likes to sing. I’ll continue to grow and become a singer that melts hearts.” 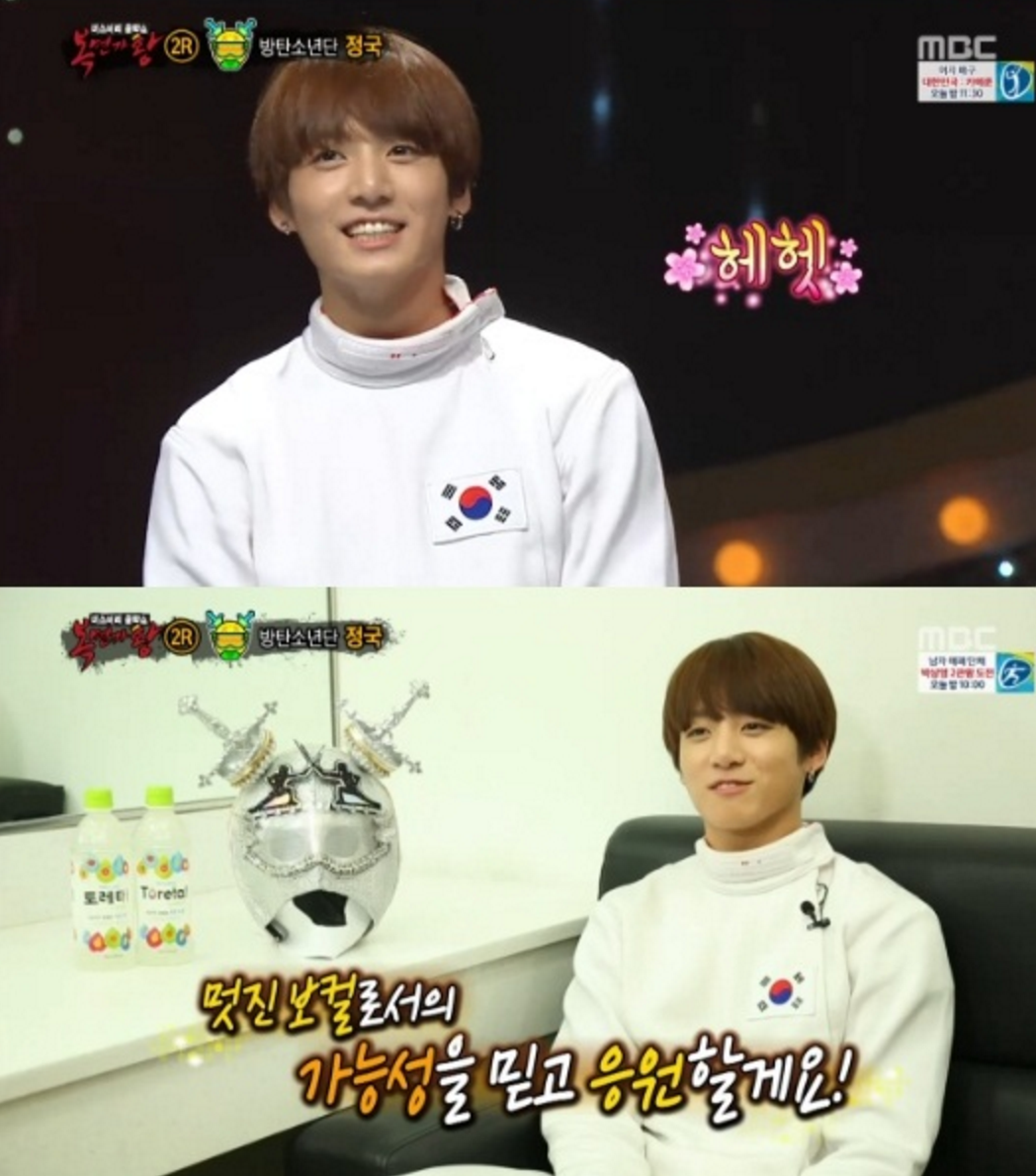 BTS
Jungkook
The King of Mask Singer
How does this article make you feel?