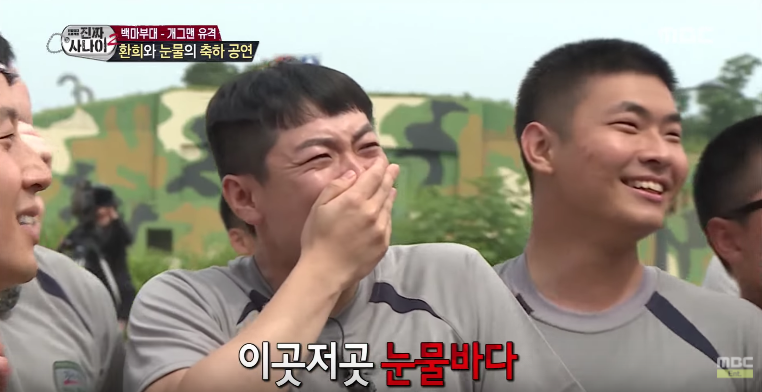 Watch: TWICE And EXID Perform On “Real Men” And The Soldiers Can’t Even

On the August 14 episode of MBC’s “Real Men” comedian special, girl groups TWICE and EXID take the stage and put on a performance.

TWICE performs “Cheer Up” and “OOH-AHH,” making the soldiers, including the cast members that said they don’t get the hype around girl groups, go wild. Some come up right under the stage and bust out dancing; others burst into tears in joy.

EXID also makes a surprise appearance, performing their two hits “Ah Yea” and “Up Down,” and let’s just say the privates can’t even.

Meanwhile, you can catch the latest episode of “Real Men” on Viki below!

TWICE
EXID
Real Men
How does this article make you feel?