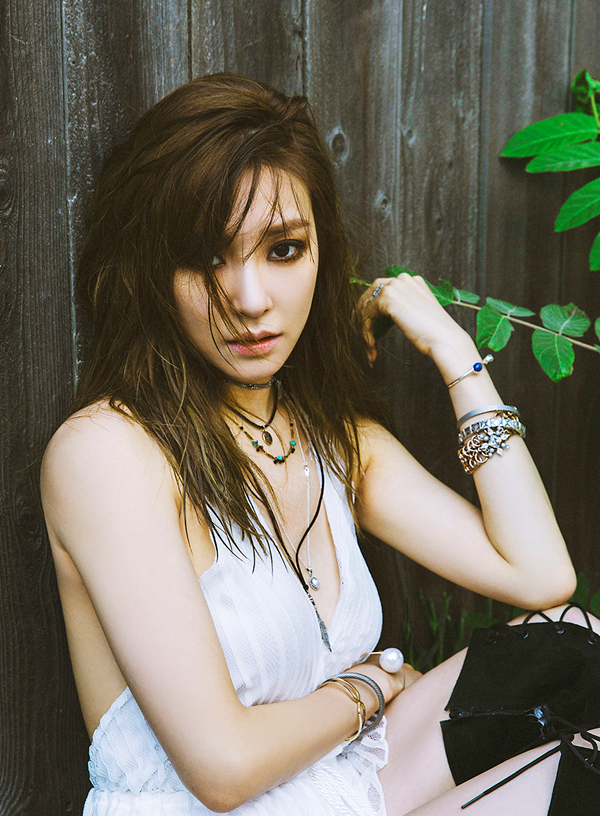 Girls’ Generation’s Tiffany has come under fire from Korean netizens for her August 15 SNS posts following “SMTOWN Live Tour V In Japan,” one with the caption “Babes (Japanese flag emoticon)(heart emoticon),” and the other with a “Tokyo, Japan” sticker with the rising sun design on a Snapchat image. The posts are pictured below. 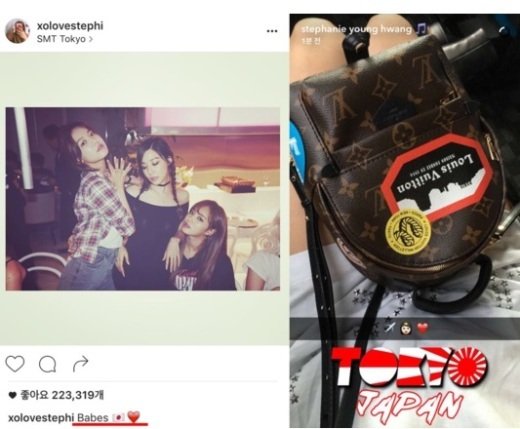 August 15 is National Liberation Day in Korea, celebrating the country’s freedom from Imperial Japanese colonial rule, and Tiffany’s posts have sparked heavy criticism from Korean netizens, who are calling for a response, not only for posting the Japanese flag, but the rising sun, which is controversial due to its association with Imperial Japanese rule.

Some netizens have even brought the issue to the “Sister’s Slam Dunk” show, calling for Tiffany’s withdrawal from the show on the show’s community forum.

In response to the criticism, Tiffany posted a handwritten apology on her Instagram. 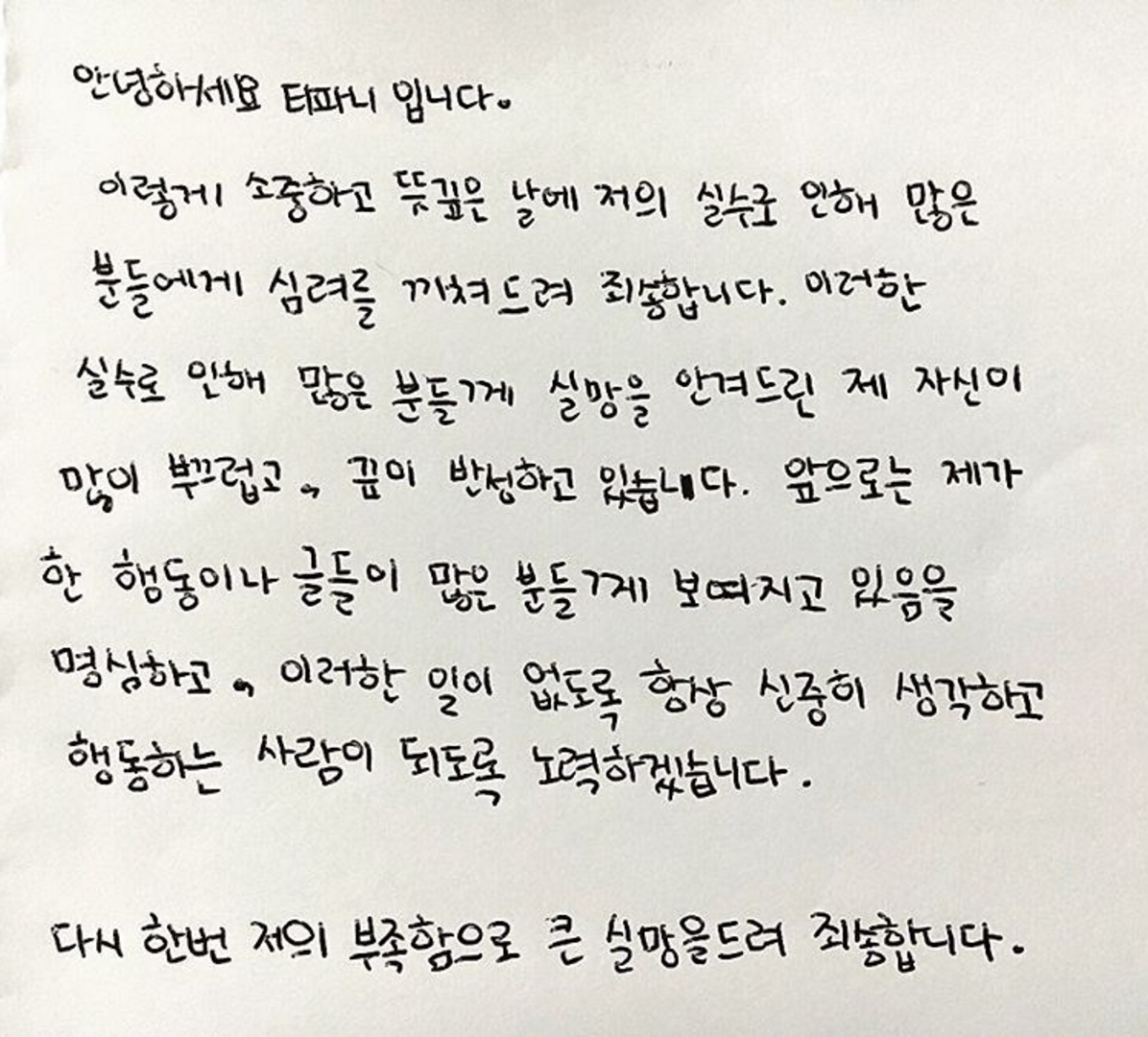 “Hello, This is Tiffany.

“I apologize for upsetting so many with my mistake on this important day. I’m ashamed for disappointing everyone with this kind of mistake, and I deeply regret my actions.

“In the future, I’ll make sure to keep in mind that my actions and my words have a wide audience. I’ll work toward becoming someone who thinks carefully about my actions, and make sure something like this doesn’t happen again.

“Again, I sincerely apologize for disappointing everyone as a result of my shortcomings.”