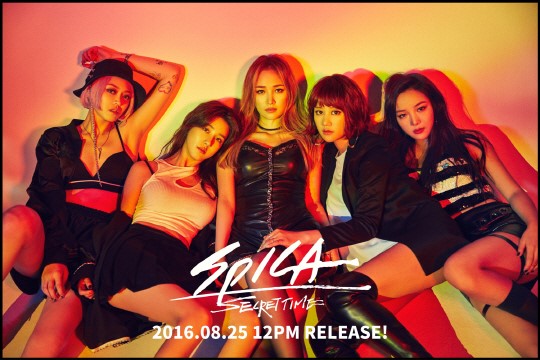 Spica has finalized the details for their upcoming comeback!

On August 16, their agency stated, “Spica will be releasing their new song ‘Secret Time’ and starting promotions on August 25. It will feature a concept that fits the group well and reflect the hard work they have put in during their long hiatus.”

The girl group’s last comeback was almost two years ago in November 2014 with the special digital single “Ghost.” They did not participate in any promotions at the time. The last time they participated in full promotions as a group was in early 2014 with “You Don’t Love Me.”