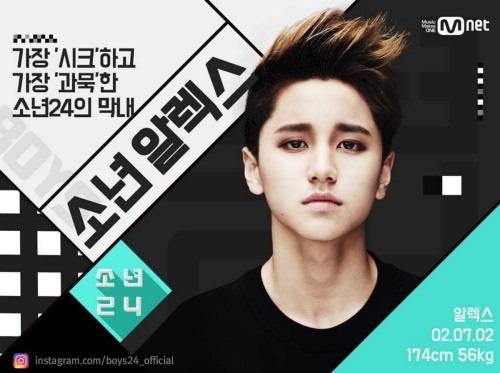 On August 15, a source from the Mnet survival program “Boys24” released a statement on the controversy surrounding one of their members, Alex.

The issue occurred on August 14, when member Seongho uploaded photos of the “Boys24” members at a bar (or a restaurant that serves alcohol) on social media. Alex, however, is a minor (born in 2002) and turned 14 (15 in Korean age) this year.

The “Boys24” source stated, “The photos from that day were taken at a group dinner with the producing director (PD) and production staff. The adults were supervising the situation and Alex’s parents had given permission for him to attend. He did not consume any alcohol.”

Under current Korean law, minors are restricted from bars even with the permission of their parents. Another source clarified, “We were aware of Alex’s minor status, so we made reservations at a restaurant that minors were legally allowed to enter.”

“Although we sent Alex home early from the group dinner, we apologize for choosing a place that could be misunderstood,” the source said. “We acknowledge our mistake, and we will reflect on our actions that such issues do not occur again.”

The photos have since been deleted from social media.