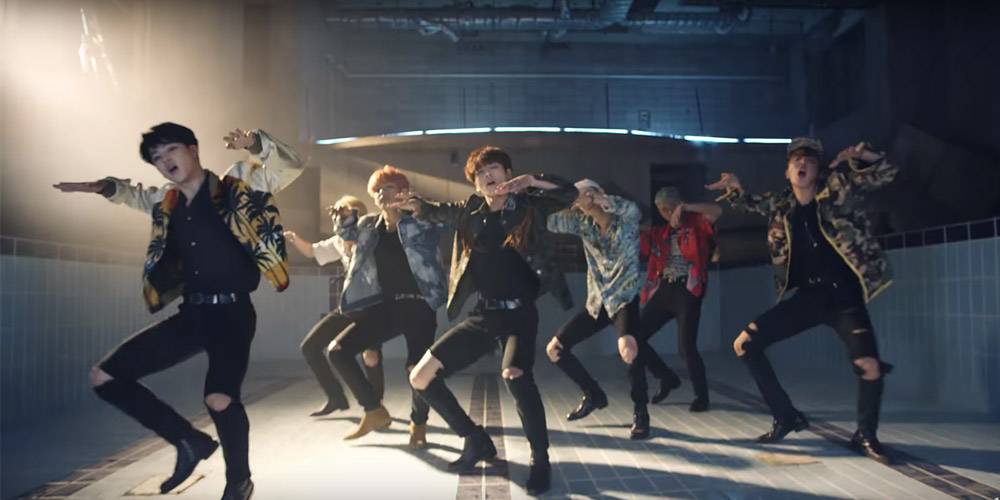 7 Choreographers Who Are Dominating K-Pop In 2016

There are so many things that add to the colors of K-Pop, but the dances are obviously a focal point for most fans. So when a group pairs an amazing song with an equally amazing dance, it’s common for fans to want to know about the choreographer. Many groups work with choreographers from all over the world, some of whom claim to save their best moves for the K-Pop teams they believe can achieve the desired results. Dance is an art form, after all!

Here are a few choreographers riding the K-Pop wave and making a splash in 2016. Some have been around for years, while some are newer to the scene. Whether fans know them or not, they’re all definitely worth checking out.

A choreographer under JYP Entertainment, Blazer Pyo has been helping train artists in the company for awhile, including miss A’s Suzy. During the first episode of MNet’s “Hit the Stage,” he became a trending topic on Naver after performing with TWICE’s Momo. It’s always nice when a dancer from a big company gets some spotlight! Catch Momo’s “Hit the Stage” performance, or enjoy the performance video below, taken at a workshop at NY Dance School.

Keone Madrid made waves when he was credited with choreographing BTS’s “Fire,” featuring moves the dancer claims are difficult for even professional dancers. Keone Madrid is one half of a husband-wife dance team that can be spotted in Justin Bieber’s “Love Yourself” video. While it’s a shame he didn’t get to work with BTS directly, we hope to see him choreograph for more K-Pop groups in the future. You can check out some more of Keone Madrid’s moves in the video below.

Sugawara Koharu is a Japanese choreographer gaining prowess in Japan, having just opened her own company. Shawols will recognize her name immediately, as she was introduced to the K-Pop world after choreographing Taemin’s Japanese solo, “Goodbye.” She also made a special appearance with Taemin on “Hit the Stage” and you can watch the pair’s impressive choreography in the video below.

Ko Kyungjun is a main choreographer and dancer of the DQ Agency Dance Team, which works primarily with Starship Entertainment. While the group certainly isn’t new to the scene, 2016 is definitely shaping up to be their year. Ko Kyungjun not only did the choreography of ASTRO’s two title songs, but also for SISTAR and MONSTA X as well. The dance team also worked with Monsta X’s Shownu in Episode 1 of “Hit the Stage.” While we anticipate DQ’s next dance project, enjoy the choreography from MONSTA X’s “Stuck.”

DQ Agency may be responsible for the choreography of both of Fantagio Entertainment’s new boy group ASTRO’s title songs, but one of the youngest members of ASTRO, Rocky, has been making a splash with his own choreography. His dance skills have slowly gained attention and he’s been allowed roles in assisting with the choreography for both lead songs, as well as choreographing the song “Fireworks” off the group’s latest album. Rocky was an assistant choreographer for the SBS Inkigayo Special UDF Stage “Six-Pack” and will also appear on “Hit the Stage” on August 24. Catch Rocky’s choreography for “Fireworks” below.

Kyle Hanagami worked with numerous artists before making waves with his strong choreography for Red Velvet. In 2013, he launched a special project called “Letters of Love” to raise money for cancer research; he was diagnosed with leukemia a year later. Today, he still fits in “Letters of Love” and his personal battle with the illness while wowing K-Pop fans with his latest choreography – now that’s dedication. Kyle’s latest project is for YG Entertainment’s new girl group BlackPink. His hype is earned and it seems that nothing can keep this dancer down. Catch a peek of some of his choreography outside of K-Pop below.

It’s a big ocean, but 2016 is dominated by dancers who hail from 1 Million Dance School. Kim Tae Woo, also known as Kasper, calls the school home. Kasper, who teaches dance at SM Entertainment, recently making headlines with his appearance on SBS’s “Starking.” He tours with SM Town and also recently appeared in Taeyeon’s “Why” video. The choreographer behind Taemin’s “Drip Drop,” Choi Jun Ho, is also from 1 Million, J.Ho. Lastly, the dancer paired with INFINITE’s Hoya for his Usher “Good Kisser” special concert stage is also from this school. If an artist works with a dancer from 1 Million this year, you can count on some magic happening.

What choreographers in K-Pop do you hope to see more from this year? Who are some choreographers you always look to new dances from? Let us know in the comments below!