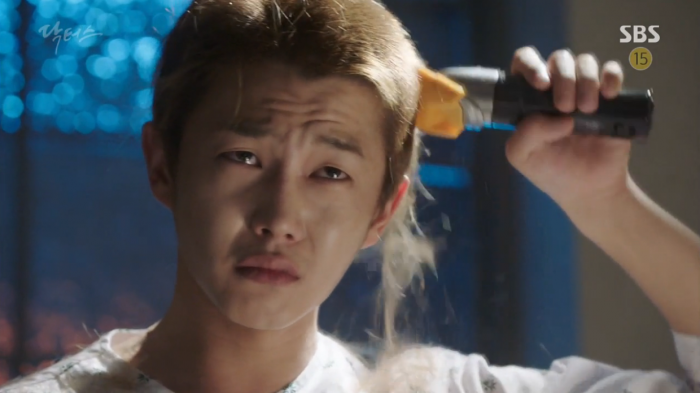 On the August 15 episode, he tearfully cuts and shaves his hair himself in one take as he prepares to get surgery. The moving scene and his acting has impressed viewers.

A source from his agency Woolim Entertainment revealed the actor’s thoughts on the scene and said, “[The scene] was possible due to Kim Min Suk’s passion and determination.”

The source continued, “Because he liked the script, he had no worries about shaving his head. Since he is an MC for ‘Inkigayo,’ the company worried about his styling but it was agreed upon after discussion.”

Watch the tearjerker scene in the most recent episode below!

Doctors
Kim Min Suk
How does this article make you feel?