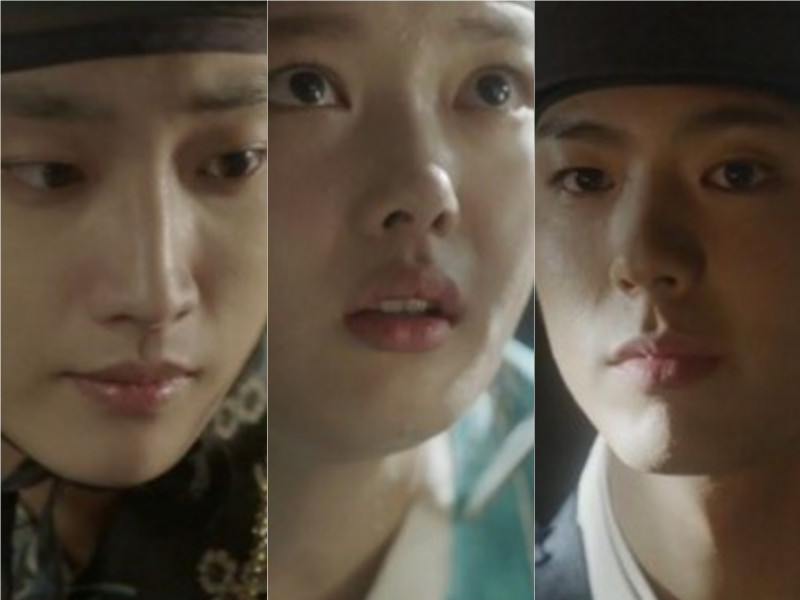 On August 16, KBS2 released the first preview for the first episode of the highly anticipated “Moonlight Drawn By Clouds.”

The response to the preview for the upcoming Monday-Tuesday drama is already sizzling.

She goes through a series of events that include meeting a mysterious man and becoming a fake eunuch. B1A4’s Jinyoung also meets Kim Yoo Jung and becomes suspicious of whether or not she is a real eunuch. Lastly, the preview ends with Park Bo Gum meeting Kim Yoo Jung when she is to receive punishment. However, Park Bo Gum appears to know who she really is despite her eunuch attire.

The first episode of “Moonlight Drawn By Clouds” will air on August 22.

Watch the latest trailer for the drama below!