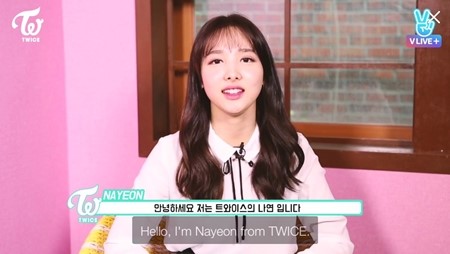 TWICE member Nayeon recently sat down for a solo interview via an online portal site.

During the interview, which aired on August 16, Nayeon reveals her first impressions of TWICE members Sana and Momo.

Nayeon says, “They gave off the vibe of the protagonists of a drama. They looked exactly like trainees aspiring to be Korean singers.”

“I think I felt that way because I look like a typical Korean,” Nayeon says.

Nayeon also talks about which member she would be attracted to if she was a guy. After first choosing herself jokingly, Nayeon says, “Usually guys like girls that are cute and have a lot of aegyo, but if I was a guy I think I would like Jihyo who is cool but also feminine sometimes.”

Support the artist by buying Page Two from YesAsia
TWICE
Sana
Momo
Nayeon
How does this article make you feel?