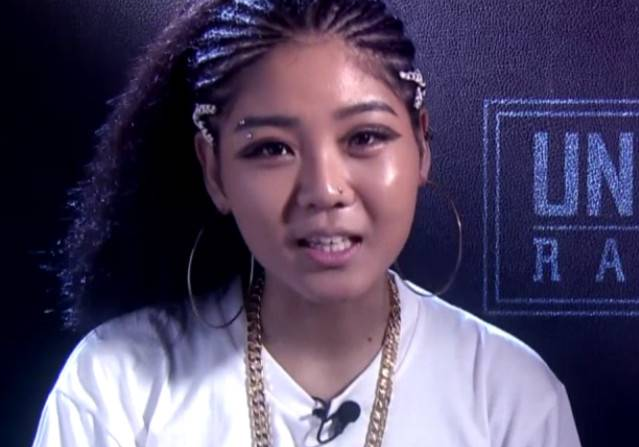 Truedy, who has for the most part flown under the radar since her “Unpretty Rapstar” win last year, gave an update on what she’s been up to.

“A lot of people have been wondering,” said Truedy. “Honestly, I was really hurt. But I gained a lot more. Really, I’m thankful every day.” The rapper said that a lot of things happened that she can’t really talk about, including problems with her agency, and that she feels frustrated because she couldn’t explain everything to fans. “[The more I got frustrated], the more I worked on music. I think I was working on music about five days out of the week. It’s not only powerful music but happy music too, as well as catchy mainstream genres.”

Truedy opened up about all the hate she received during “Unpretty Rapstar.” She said, “There was controversy over my character. Because it was my first time on TV, I felt pressure to fit the bill of a ‘fierce rapper.’ Now, I realize that it was all my fault. And now I’m trying to forget it all and just work hard on rapping.”

She’s working on an album, and although she doesn’t know when it will be released, she want’s to show the world that she’s capable of creating a variety of music: “One thing’s for certain: I have a lot [of music] to show.”

Regarding her similarities to Yoon Mi Rae, Truedy said, “She’s a musician that I really like. I’m a huge fan that looks forward to new music from [Yoon Mi Rae] more than anyone. During [‘Unpretty Rapstar’] a lot of rappers would diss me, comparing me with Yoon Mi Rae, and I cried a lot. It’s just my voice, but hearing people say that I was copying Yoon Mi Rae brought tears to my eyes. Of course, I listened to her music a lot, so I definitely was influenced by her in many ways. I have a long way to go. Yoon Mi Rae will forever be a celebrity to me.”

Truedy
Yoon Mi Rae
How does this article make you feel?