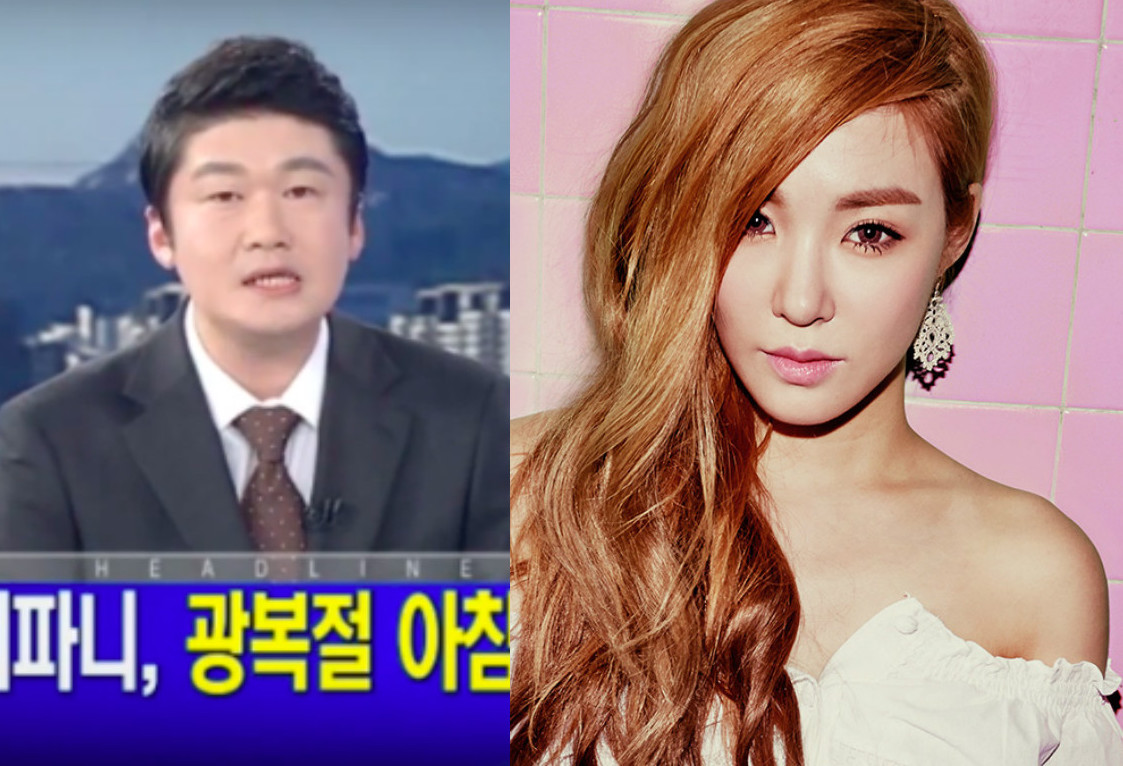 During his opening comments, Kim Myung Joon asks viewers, “How did you enjoy the special National Liberation Day films that were aired on television?”

During the end of his segment, Kim Myung Joon reports that South Korea lost 0:2 to Japan in the semifinals of the women’s doubles in badminton. “[The loss] is unfortunate, but we still must celebrate what we must celebrate,” Kim Myung Joon says. “Congratulations, Tiffany. We will end ‘News Fighter’ here today.”

What are your thoughts on this?