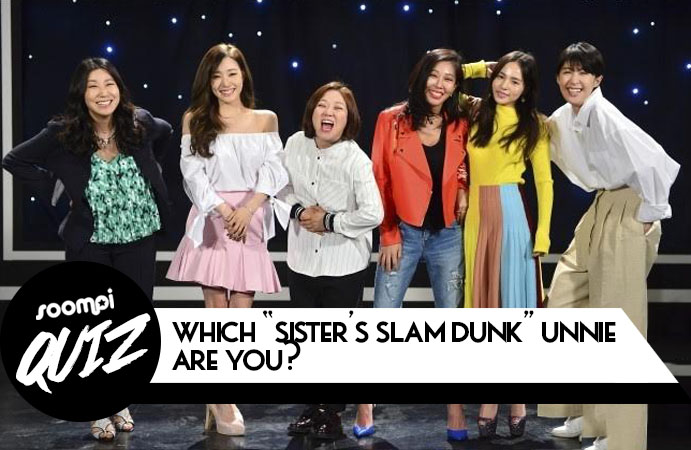 QUIZ: Which “Sister’s Slam Dunk” Unnie Are You?

KBS’s ensemble variety show “Sister’s Slam Dunk” has already made a name for itself in the Korean reality TV realm for both its unique concept and cast synergy. Following a cast of talented stars including Ra Mi Ran, Kim Sook, Hong Kin Kyung, Min Hyo Rin, Jessi, and Tiffany, the show has already seen the hard-earned debut of girl group Unnies with a title song called “Shut Up.” We know Tiffany is no longer part of the show, but how could we exclude her already?

Are you curious to see which member you are most like? Take the quiz to find out!

The quiz is temporarily unavailable, but will be back shortly! Check our Twitter and Facebook for updates.

Catch the latest episode of “Sister’s Slam Dunk” below!

sophfly took her own quiz to find that she is most like Jessi from this reality show, a fact that didn’t surprise her too much. Her current joys in life include making smoothies and sitting down with a big fat book or analyzing films.