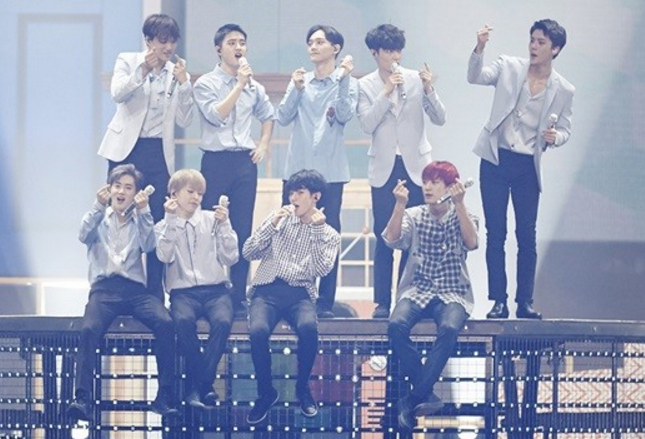 According to SM Entertainment, as of August 17, the group’s third full-length album “EX’ACT” sold 796,085 copies since its release on June 9. Meanwhile, its corresponding repackaged album, “LOTTO,” was revealed on August 18, and less than 24 hours since its release, 374,280 albums have already been sold. This means EXO has sold 1,170,365 copies of its third album, making them a million seller for the third consecutive time in just two months time.

EXO was the first group in 12 years to sell a million physical copies of their first album back in 2013, and also surpassed the 1 million mark with their second album in 2015. Consistently raising the bar with every new release, the group has once again proven their status as global stars.

In addition to this impressive new record, EXO swept the digital music charts as well within an hour of the release of their repackaged album.

Meanwhile, the music video for “Lotto” was released earlier today at 10 a.m. KST, and EXO will begin their music show promotions with “Music Bank” tomorrow, on August 19.

Congratulations to EXO for achieving this amazing feat!