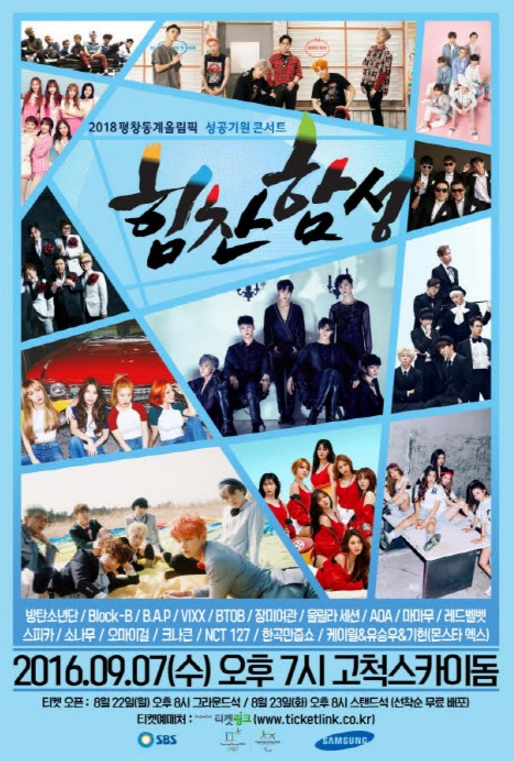 On August 18, SBS revealed that several K-pop groups would perform at a concert in order to raise the anticipation for the 2018 Pyeongchang Winter Olympics.

A project to create a national fight song similar to “Oh Pilsung Korea” will also be revealed to the public. It will be a special project where the public can directly participate in creating the song. Participants for the song include AOA, Rose Motel, NCT 127, Oh My Girl, Starship Family, and many other groups.

The concert will be broadcast on September 27 through SBS, 500 days before the 2018 Pyeongchang Winter Olympics.