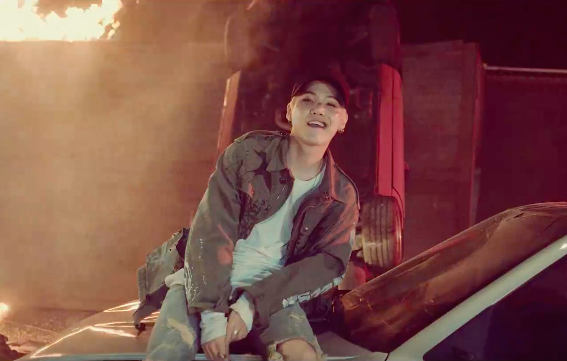 Watch: BTS’ Suga Infires As Agust D In “Give It To Me” MV

BTS’ Suga has released his next music video featuring his track “Give It To Me” as Agust D.

The lyrics for “Give It To Me” discuss the rapper’s success and goes on to address haters.

Watch the music video with English subtitles below!

Previously, Suga released his long-awaited mixtape under the name “Agust D” and also dropped a music video for his track that is also titled “Agust D.”

Stayed tuned for updates regarding Suga’s next music video for “So Far Away.”

*Note: “Infires” is not a typo but rather a phrase widely known amongst BTS fans due to Suga’s past incorrect usage of the word in place of the word “inspire.”