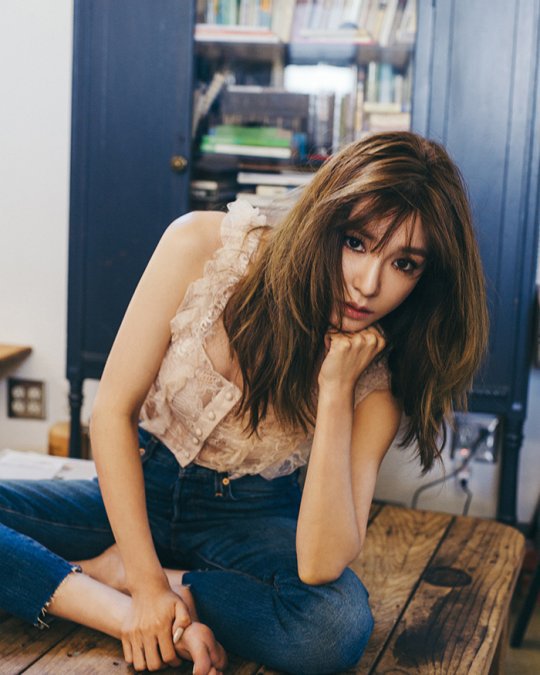 On August 18, SM Entertainment issued a statement regarding the recent announcement that Girls’ Generation member Tiffany will no longer be a cast member on the KBS variety show “Sister’s Slam Dunk.”

This comes after a controversy erupted when Tiffany uploaded photos to social media on Korea’s National Liberation Day, while she was in Japan. One photo included an emoji of the Japanese flag in the caption, and another had a “Tokyo, Japan” sticker with a pattern of the “Rising Sun” flag, a symbol of Japanese imperialism. After deleting the posts, she later uploaded a handwritten apology to Instagram.

Many “Sister’s Slam Dunk” viewers demanded that Tiffany leave the show, and KBS announced on August 18 that after discussing with SM Entertainment, it was decided that Tiffany would no longer be a cast member.

SM Entertainment has now stated, “Her withdrawal was decided on after discussing with the show. Tiffany is deeply reflecting on her mistake of uploading a social media post with writing that included the design of the rising sun on National Liberation Day.”

They go on to say, “On the agency’s level, we will do our best to take preventative measures to ensure that this sort of incident does not occur again.” SM adds, “We sincerely apologize for having caused many people such anxiety.”

What do you think about how Tiffany, KBS, and SM are handling the controversy?

Girls' Generation
Tiffany
Sister's Slam Dunk
How does this article make you feel?