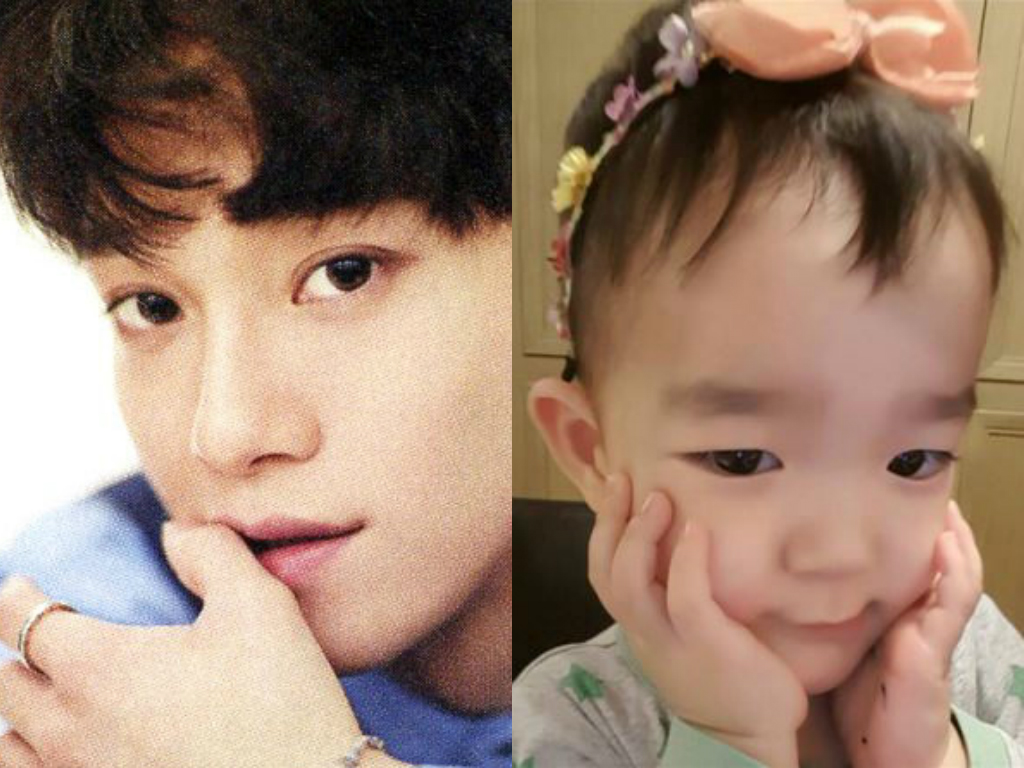 The long-awaited meeting of these two doppelgangers has finally come to light!

On August 19, a source revealed that Lee Beom Soo and his son Da Eul met Chen and the other members of EXO while filming for “The Return of Superman.”

The two parties reportedly encountered each other at the KBS building, where the idol group was pre-recording their comeback stage for “Music Bank.”

Notably, Chen and Da Eul are known for their similar features and trademark smiles, making this meeting all the more special. Many hoped this day would come, and are looking forward to seeing how things played out during the actual encounter.

This is not the first time EXO will be making an appearance on the popular variety program. Members Baekhyun and Chanyeol previously were guests last May, when they visited Lee Hwi Jae and his twin sons, Seo Eon and Seo Jun. At the time, they were highly praised for their excellent babysitting skills.

While the exact episode that will feature this lovely meeting is still unknown, in the meantime, check out last week’s broadcast of “The Return of Superman” below!

EXO
The Return of Superman
Da Eul
Chen
How does this article make you feel?