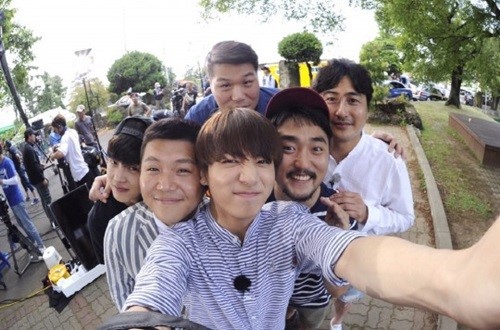 Following news of YG Entertainment partnering with broadcasting station SBS for a new variety show, the show has been revealed to be none other than “Flower Crew.”

On August 20, a source spoke with Ilgan Sports and said, “YG Entertainment and SBS are joining hands in producing ‘Flower Crew.'”

“Flower Crew” received a good response with its pilot episodes which first aired on Naver V App and later on SBS.

The pilot’s cast members included Seo Jang Hoon, Ahn Jung Hwan, Jo Se Ho, Yoo Byung Jae, Kim Min Suk, and BTS’s Jungkook. However, Kim Min Suk and Jungkook will not be a part of the regular programming due to their busy schedules. Sechs Kies’s Eun Ji Won and Lee Jae Jin will be joining the show in their stead.

Eun Ji Won has plenty of variety show experience having been a cast member in “2 Nights & 1 Day,” “New Journey to the West,” and more. Furthermore, Sechs Kies and Yoo Byung Jae are signed under YG Entertainment.

The first episode of the new show will air on September 5 at 11 p.m. KST.

Flower Crew
YG Entertainment
How does this article make you feel?