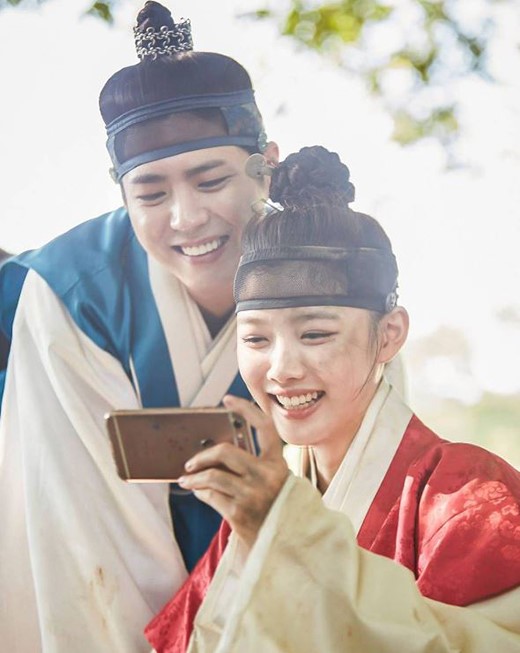 The post says, “How much fun is it that Young and Ra On are so cuddly and laughing?” and goes on to promote the drama which is airing in two days.

Since the co-stars are still dressed as their characters in the photo, it appears as though the snapshot was taken behind the scenes during a break. Their friendly rapport is evident in how close they appear while being amused by something on the cellphone.