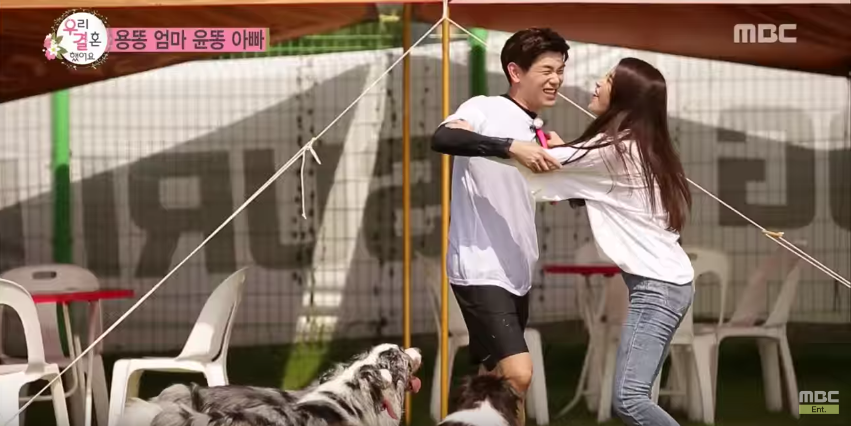 MAMAMOO’s Solar and Eric Nam try their best hand as dog whisperers but it looks like Eric Nam has some other thoughts as well!

On the August 20 episode of the MBC virtual marriage reality show “We Got Married,” Eric Nam decides to petsit for fellow singer Nicole Jung’s three dogs. 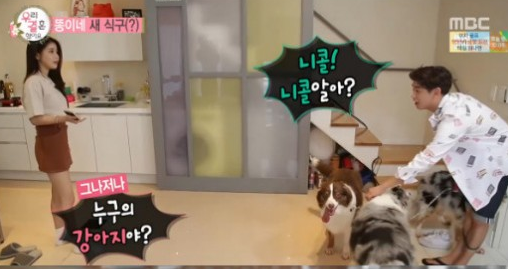 After realizing that their house was far too small for the large dogs, they take them to a dog park. After seeing that the dogs were too hot from the summer sun, they discover a swimming pool. While the youngest of the dogs cheerfully jumps in and swims around, the other two dogs are more nervous and hesitant about entering the pool. Although Eric Nam goes into the pool to try to coax them in, they still do not want to go in. 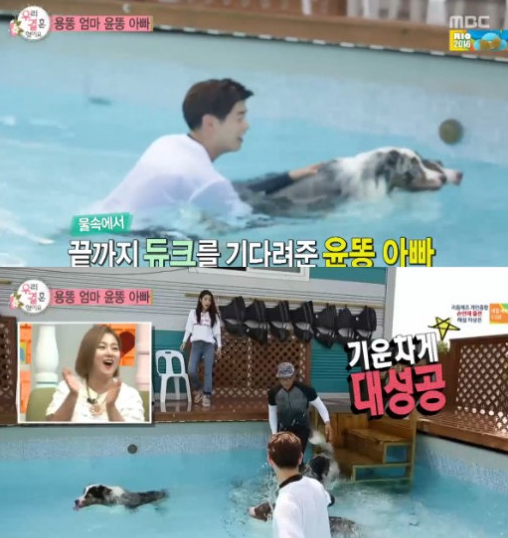 Finally, after a lot of encouragement, all three dogs swim in the pool and are able to cool off from the sun, to the happiness of Solar and Eric.

Solar says, “I was really proud. At the end, when all three of them were swimming, I couldn’t help but to let out a cheer.”

After getting out of the pool all wet, Eric Nam gets a bit playful as he tries to hug Solar, teasing her, “Yongsun, aren’t you hot?” as he chases her around the park.

Watch the cute scene below and check out the entire episode of Viki below!

Eric Nam
Solar
We Got Married
How does this article make you feel?