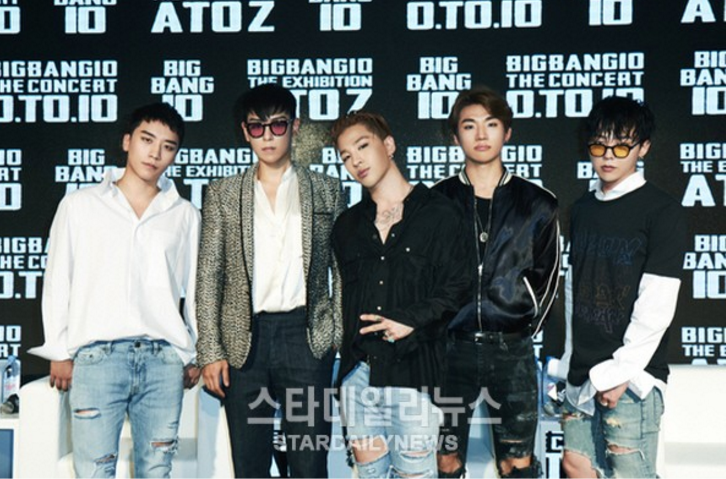 Global superstars BIGBANG took to the stage to give a thrilling concert to celebrate their 10-year anniversary.

On August 20, BIGBANG held their tenth anniversary concert “BIGBANG10 THE CONCERT : 0.TO.10” at the Seoul Sangam World Cup stadium.

From their opening performance, they took to the stage to the overwhelming screams of their fans who filled the stadium with joy and happiness.

Daesung thanked the fans, saying, “It’s been a long time since we’ve stood on stage in Korea. I missed it so much. I love the passion and energy of the Korean fans.” Taeyang said, “If we knew this many people would come, we should have had the concert for two days. We worried about it a lot but we eventually decided to have it for just one day. It’s a shame.”

Leader G-Dragon wittily said, “We prepared the exhibition as well as the concert and tried lots of different things this time. Since we had so many overseas activities, we worried a lot that we wouldn’t be popular in Korea. But looking at everyone here today, we’re still popular,” as he smiled at the fans.

Since debuting ten years ago on August 19, 2006 at the YG Family 10th anniversary concert, BIGBANG has catapulted to fame as one of the most influential groups in the Korean music scene and a powerful trendsetter in the global market. Following their concert, they plan to hold fan meetings in other places, such as Macau and Taiwan and will also be the first K-pop group to hold a fan meeting in Hawaii.