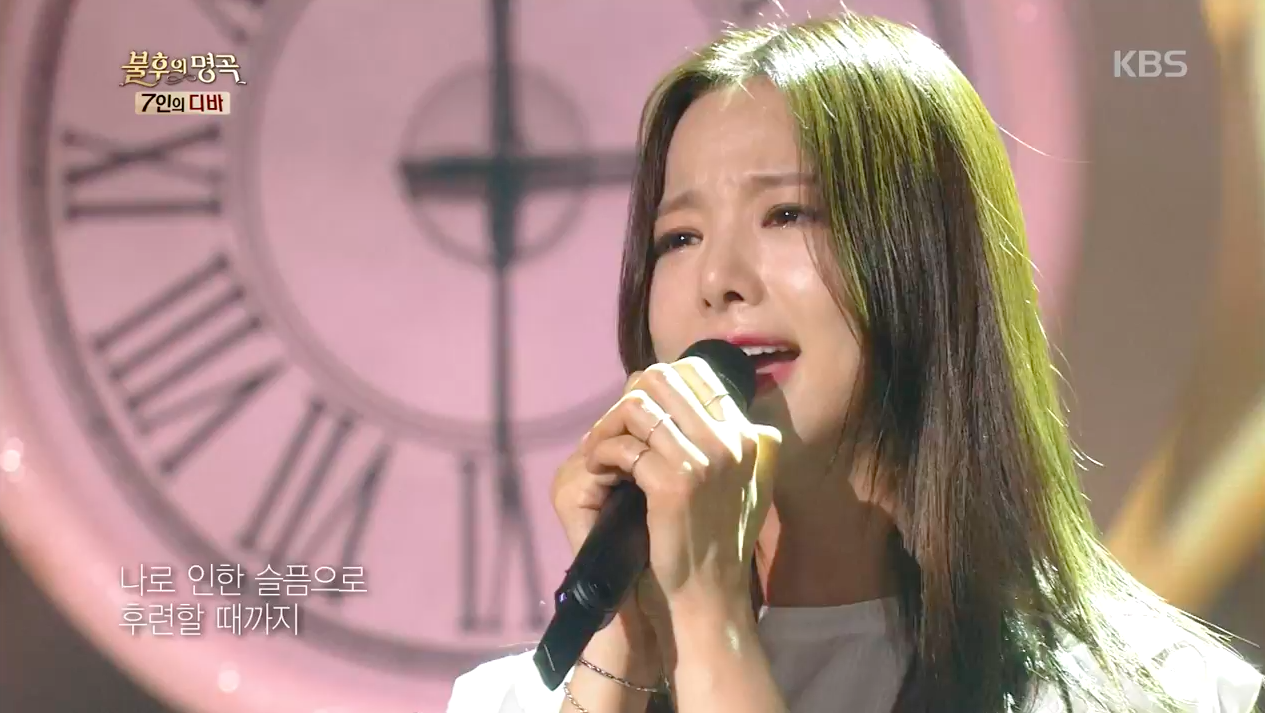 Watch: EXID’s Solji Tears Up While Thinking Of Her Mother During Performance On “Immortal Song”

When it’s EXID member Solji’s turn to take the stage, host Shin Dong Yup introduces her as a filial daughter who wants to be able to take care of her mother financially.

Solji explains in her private interview that she used to get emotional while listening to the song “As I Live” by SG Wannabe when she was living far apart from her mother for a while when she was younger. She says that she cried while practicing the song for the show as well, and she’s worried that she will on stage.

She gets teary as she sings but still wows with her beautiful performance, bringing some of the audience members to tears as well. After stepping down from the stage, she sits down backstage to wipe her tears as everyone cheers. When she comes back on stage to receive her score, she struggles a bit to stop crying.

She explains, “For me, this song isn’t about a story between a man and a woman. I once had to say goodbye to my mother. My mother is now here today watching, and I thought about her and that time, and all the emotions welled up.” 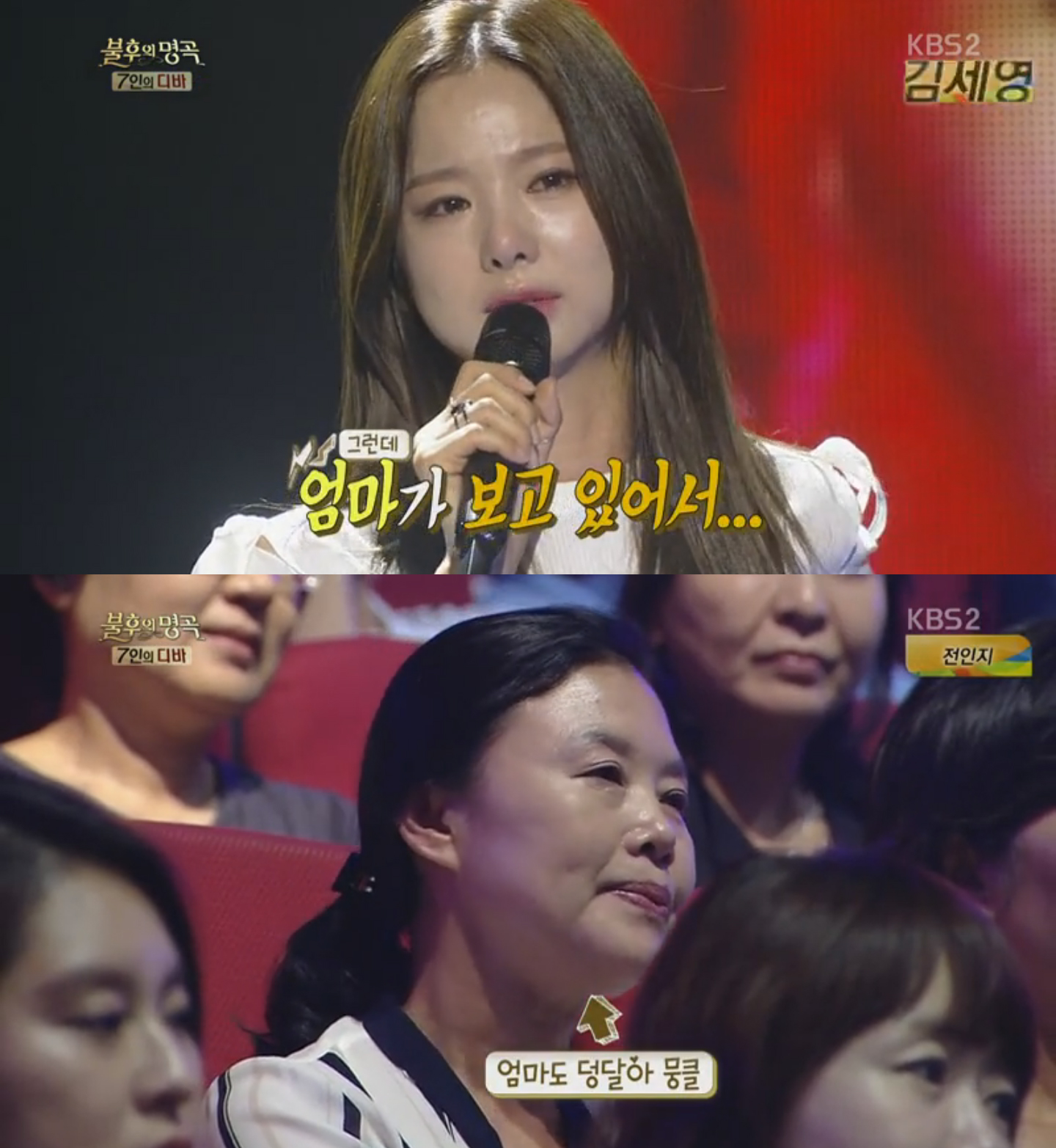 EXID
Solji
Immortal Songs
How does this article make you feel?