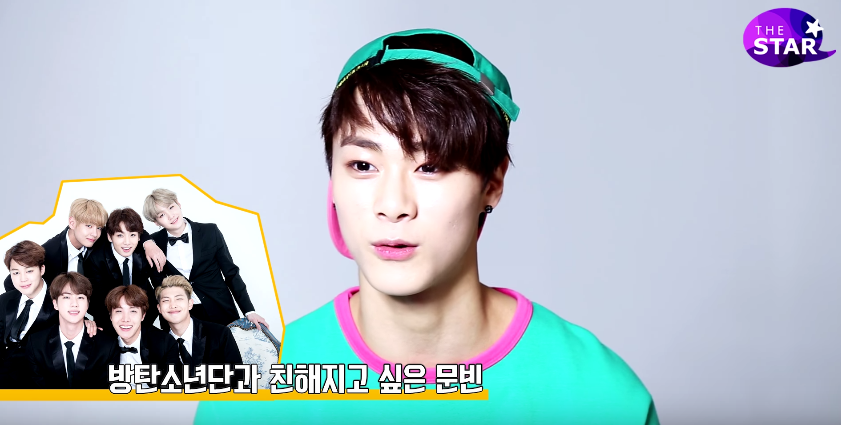 Recently on “The Star Profile,” the members of ASTRO introduce their names, their personalities as well as which celebrities they know or want to be closer to.

During Moonbin’s segment, he reveals his hope to become closer with BTS. “We saw them perform at KCON. They are a group that we hope to take after. They’re so good, so I want to learn from them,” he explains.

Moonbin also talks about his friendships with iKON’s Chanwoo and GFRIEND’s SinB. He reveals that he grew up in the same town as SinB, and they were both child actors who became close after appearing in the same commercials.

He also describes his relationship with younger sister and YG trainee Moon Sua, saying, “Lately I want to look after her. Since I’ve debuted and she’s preparing to be an artist, I feel like there will be similar experiences and advice that I can share with her.”

ASTRO
Moonbin
How does this article make you feel?