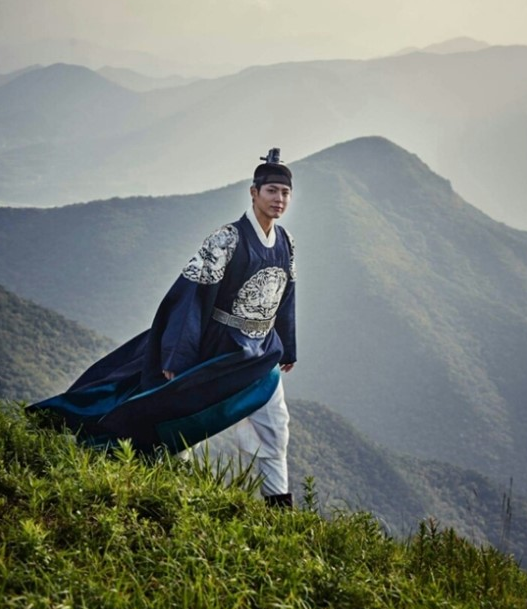 As “Moonlight Drawn By Clouds” nears its premiere, another behind-the-scenes photo has been revealed.

The photo was posted on the drama’s official Instagram with the caption, “There’s only one day left until the first episode of ‘Moonlight Drawn By Clouds!’ As we wait for the premiere, here’s a sneak peak of the crown prince. Doesn’t it seem like he’s going off to work? Please watch tomorrow’s broadcast in order to see our crown prince.” The photo shows Park Bo Gum dressed in traditional royal robes as he is surrounded by vast scenery.

“Moonlight Drawn By Clouds” is a historical romance drama that reveals the untold story of the youth in Joseon, with Park Bo Gum as the crown prince and Kim Yoo Jung as Hong Ra On.