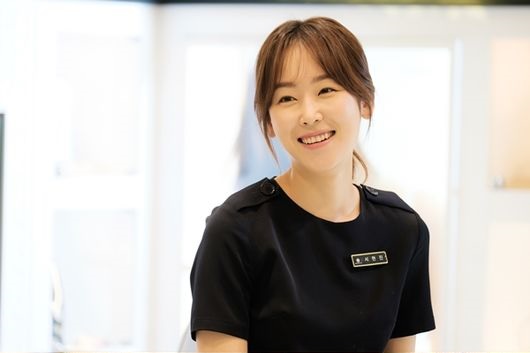 Seo Hyun Jin To Cameo On Upcoming “Bring It On, Ghost” Episode

Dubbed the queen of romantic-comedy, actress Seo Hyun Jin appears for a cameo on tvN’s “Bring It On, Ghost.”

On August 21, the “Bring It On, Ghost” staff revealed stills from her scene on the drama. In an image, the actress is smiling warmly, blending naturally into her character as a jewelry shop staff.

Other photos show Seo Hyun Jin having a conversation with 2PM’s Taecyeon, and she and director Park Joon Hwa displaying their loyalty and friendship with their arms around each other’s shoulders. 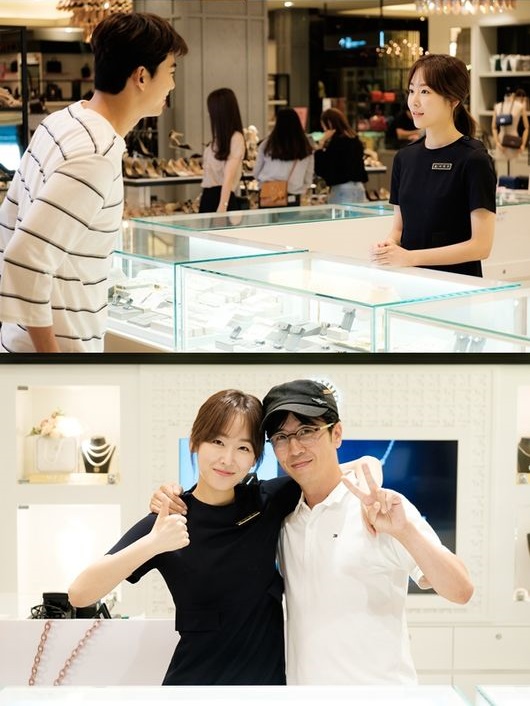 The drama’s staff comments, “Seo Hyun Jin appears on the 13th episode on August 22, and will show her refreshing charm through her role. Having previously worked with director Park Joon Hwa in “Let’s Eat 2,” she made time amidst her busy schedule and readily accepted the invitation for a cameo. Furthermore, with her unique easygoing personality, she and Taecyeon displayed great teamwork, making the staff all the more thankful to her.”

In the upcoming episode, the romance between Kim So Hyun and Taecyeon’s characters, Hyun Ji and Bong Pal, begins to reignite as Hyun Ji slowly opens up to Bong Pal once again.

Meanwhile, tension rises when, the possessed Hye Sung, portrayed by Kwon Yool, takes advantage of Hyun Ji’s lost memories and approaches her under the pretext of volunteering to assist with therapy in the hospital.

“Bring It On, Ghost” broadcasts on Mondays and Tuesdays at 11 p.m. KST.

Seo Hyun Jin
Bring It On Ghost
How does this article make you feel?