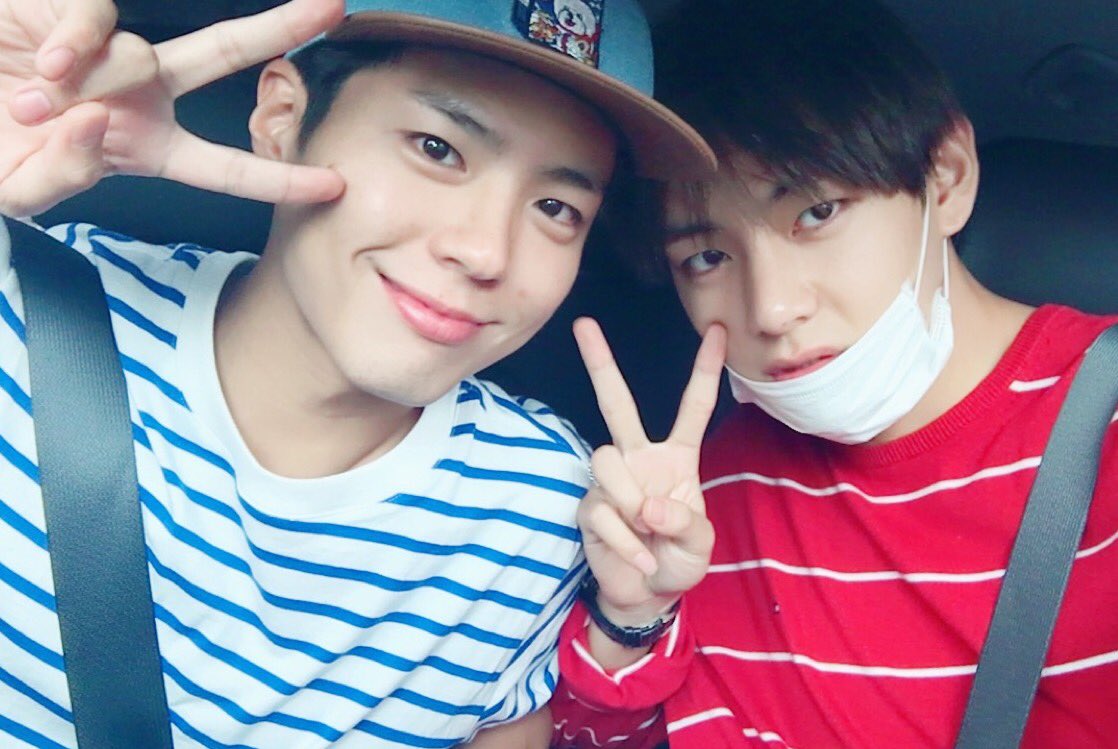 At 9:40 p.m. KST on August 22, V shared a poster via BTS’s Twitter of Park Bo Gum’s character from “Moonlight Drawn by Clouds,” as well as a shot of the pair. Fans reportedly spotted the two talented young guys seeing a movie together this evening.

V writes as the caption, “Please look forward to it!! 10 p.m. KBS.” and includes the show’s title as the hashtag, as well as “Premiere,” “Monday-Tuesday,” and “Today.”

V previously explained on “Celebrity Bromance,” while talking about his celebrity friends, that he met Park Bo Gum on a music show and they became friends quickly because of their common interests.

Meanwhile, V will soon also be appearing on the small screen in KBS’s historical drama “Hwarang,” which is slated to premiere later this year.

“Moonlight Drawn by Clouds” airs every Monday and Tuesday on KBS. Catch it on Viki!

Park Bo Gum
BTS
Love in the Moonlight
V
How does this article make you feel?