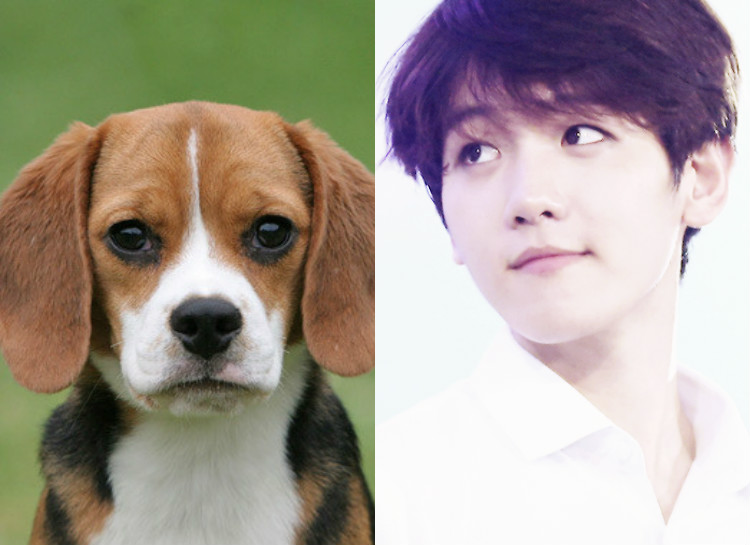 The Beagliest Male K-Pop Idols Of Them All

Some K-Pop idols are known for being “beagles” – they are extra hyper, noisy, mischievous, and (of course) adorable – just like beagle puppies! So of course, it’s nearly impossible to resist the goofy charms of “beagle-dols” (beagle + idol = beagle-dol), because who doesn’t love puppies??

In no particular order (after all, beagle is in the eye of the beholder), here are some of the beagliest male idols out there:

I was lucky enough to attend BIGBANG’s 10th anniversary concert in Seoul last weekend (if only I could have made it into the YG family selfie), and I can confirm that Daesung is definitely a beagle. He was full of hyper energy and goofy antics from start to finish. I mean, just look at how he prepares for a battle of rock-paper-scissors…

I was trying to decide which member of ASTRO would earn a spot on this beagle list, and I was debating between “happy virus” MJ and “beagle maknae” Sanha… and then I found this picture. Done deal.

(In case you missed it, check out our exclusive interview with ASTRO here!)

Eric Nam seems to have it all – he’s talented, handsome, and charming. These days, he’s gaining a lot of attention for his adorable romance with MAMAMOO’s Solar on “We Got Married.” Eric seems to be a perfect gentleman and an ideal boyfriend, but let’s be real: He’s also definitely a beagle, which only adds to his seemingly infinite amount of charm!

It was pretty difficult to pick just one member out of the 13 literal puppies (seriously they are so young and precious) in SEVENTEEN, but in the end, Seungkwan’s hilarious facial expressions and goofiness earned him a spot on this beagle list. (Honorable mention goes to “happy virus” DK!)

Jackson is another man of many talents. He can rap and sing, dance, fence… and beagle his way into the hearts of anyone who watches him on variety shows. He and Youngji even earned the title of “Beagle Siblings” on the SBS show “Roommate”!

Just look at this GIF (and even the caption, the context of which I know literally nothing about but somehow it’s still hilarious). Is there really any need to explain the beagliness of Changsub?

All of the BTS members are pretty darn beagle-y. It’s one of the best things about BTS (and one of the reasons why I can’t choose a freaking bias). But J-Hope stands out as being on another level of beagle. Just enter his name in the search bar of Tumblr – most of the gifs are of him making ridiculous (and adorable) faces, screaming at the camera, jumping on people, flailing his limbs wildly – or all of the above. And it. Is. GLORIOUS.

This list would not be complete without a representative from EXO’s beagle line, and while all three of them are amazingly beagle-y, I think that Baekhyun takes the cake for leader of EXO’s beagle pack. He’s always ready with a witty comment and a cheeky smile, and he can usually be found joking around with the other members or causing some kind of mischief. And if no one finds his antics funny, he just grins, shrugs “kkaepsong,” and moves on.

No matter who your favorite beagle is, one thing is certain: haters gonna hate, beagles gonna beagle. (Who could ever hate a beagle, though? JUST LOOK AT THESE ACTUAL PUPPIES.)

Soompiers, who is your favorite male “beagle” idol? Let us know in the comments, and check back soon for our list of the beagliest female idols!