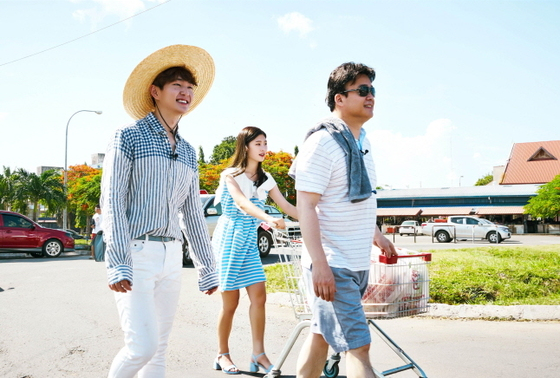 The show follows chef Baek Jong Won as he travels around Southeast Asia, using local ingredients to make “global” recipes. SHINee’s Onew and Jung Chaeyeon of DIA and I.O.I joined him on his first trip to Kudat, Malaysia, and new stills released by the channel via their official Facebook show the trio enjoying their time there as they hit the beach and go grocery shopping. 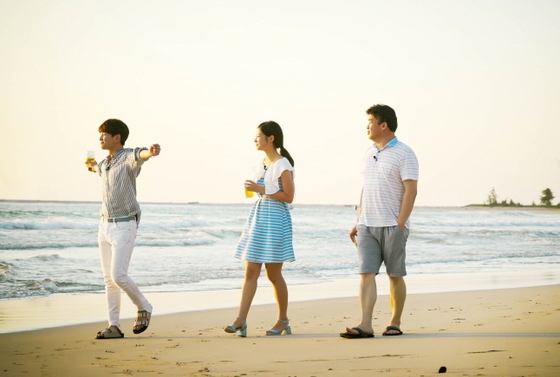 The show’s producing director (PD) Baek Seung Ryong says, “Onew loyally assisted Baek Jong Won, showing his good manners both on and off camera. At meal times, he also made everyone feel full just by watching him eat while he showed everything he can do as a true ‘mukbang idol.'”

In regard to Jung Chaeyeon, Baek Seung Ryong says, “I was worried that she would be a bit shy, but she made the atmosphere very friendly by being so outgoing and cheerful. You’ll be able to see a new side of Jung Chaeyeon that she hasn’t had many opportunities to show before.”

The new television show will begin after the latest season of “Three Meals a Day” wraps up, with its premiere airing on September 23 at 9:15 p.m. KST on tvN. As a collaboration with tvN Asia, “Go Go Mr. Paik” will also be airing simultaneously in Australia, as well as nine Asian countries, including Hong Kong, Singapore, Taiwan, Malaysia, and Thailand.