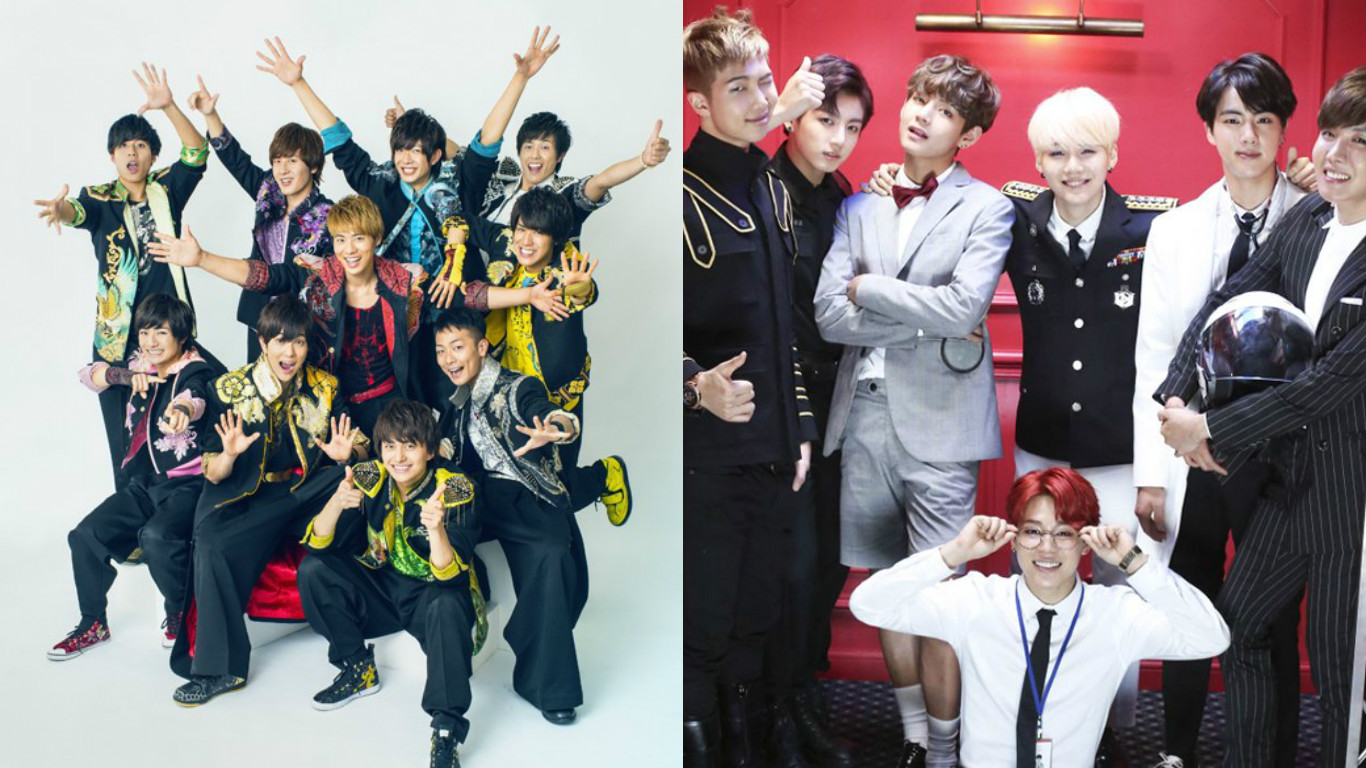 Both groups boast huge popularity in Japan. BTS won the Best New Artist (Asia) and Best 3 New Artists (Asia) awards at the Japan Gold Disc Awards last year and recently completed their Asia tour. BOYS AND MEN started off in the Tokai region of Japan before rising to multiple consecutive No. 1 singles on the Oricon Chart and appearing as official members in more than ten radio and TV programs. They are also planning a concert in January at the Budokan arena in Tokyo, which seats more than 14,000.

BOYS AND MEN’s leader Mizuno Masaru and member Yoshihara Masato, a self-confessed K-pop fan, recently shared their thoughts on their collaboration with BTS.

“As a K-pop fan, the concert was very fun,” Yoshihara said. “BTS’s dancing and singing was very polished and cool. Although we stood on stage together, I felt like I was just watching them as a fan.”

Mizuno said, “Because they have a totally different performance and music genre from us, I thought we had a lot to learn from them. It was just an ordinary performance for us, but when we looked at the audience, it was full of BTS’s lightsticks. It felt like we were visitors at someone else’s concert, so we got even more fired up.”

Yoshihara added, “BTS didn’t talk a lot, but I thought that was really cool. They became popular after perfecting song after song.”

“I’m glad that the audience felt our passion as well,” Mizuno said. Yoshihara agreed, saying, “BTS’s fans started cheering us on, even though they must not have known our songs very well. I’m glad they enjoyed our performance. I hope we can do more events like this in the future.”

BTS
BOYS AND MEN
How does this article make you feel?