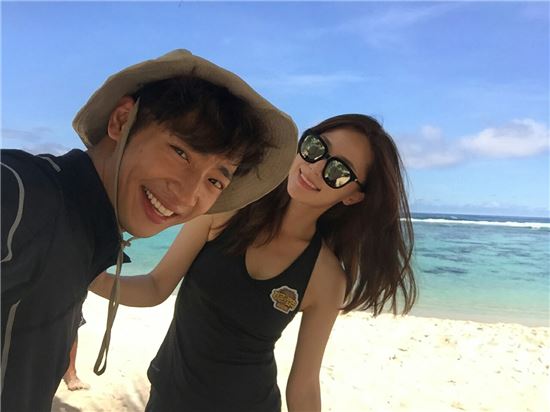 Both Lee Sang Yeob and Gong Hyun Joo’s agencies have revealed that the couple has split up.

The pair went public with their relationship in August 2013. Since then they have publicly showed each other support and love. Last year, they appeared on SBS’s “Law of the Jungle” together and Lee Sang Yeob narrated the episodes featuring Gong Hyun Joo in the female soldier special of “Real Men.”

Previously, the actors were a part of the same agency but moved to different agencies earlier this year.

Gong Hyun Joo is currently selecting her next project while Lee Sang Yeob has made a special cameo in several episodes of SBS’s “Doctors.” He will be appearing in JTBC’s upcoming Friday-Saturday drama “My Wife Is Having an Affair” (tentative title).

Gong Hyun Joo
Lee Sang Yeob
How does this article make you feel?