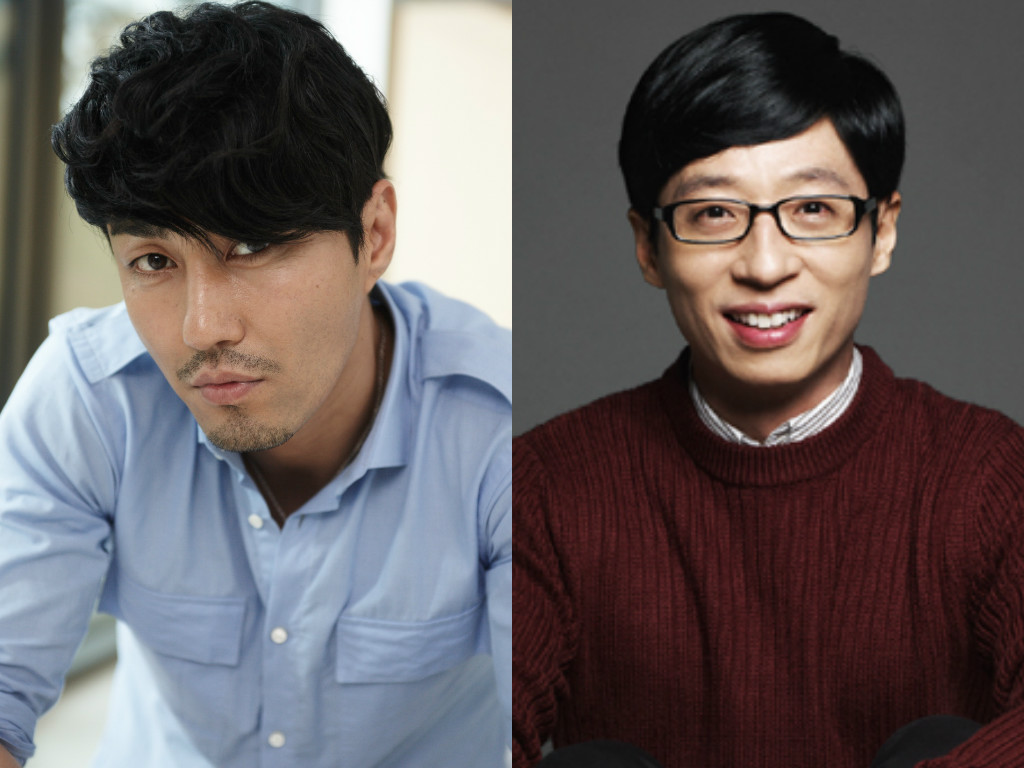 On August 23, a source from the industry reported, “Cha Seung Won is currently shooting for SBS’s ‘Running Man.”

The actor was seen in Yeouido Park and around the Mangwon neighborhood in Seoul, completing a mission with the “Running Man” members. With only the members and Cha Seung Won present, the actor appears to be featured as the sole guest of the episode.

He teamed up with Yoo Jae Suk and is proving himself to be a variety show pro even while filming in the scorching summer weather in Seoul.

The two have previously shown their teamwork on MBC’s “Infinite Challenge,” when they worked in a Gangwon Province coal mine together in 2014, and when they had a coal briquette stacking showdown on “Reckless Challenge” in 2005. Before the “Infinite Challenge” ratings took off, Cha Seung Won brought smiles to the viewers’s faces as a guest in its early episodes.

Now, the chemistry of the “Yoo-Cha” duo will be reigniting for their “Running Man” reunion.

Meanwhile, Cha Seung Won has wrapped up filming for the Gochang Village season of “Three Meals A Day,” which airs on Fridays on tvN. He is currently promoting his upcoming film “Map Against the World,” an adaptation of the acclaimed 2009 novel by Daesan Literary Awardee Park Bum Shin, which will hit theaters on September 7.

Meanwhile, watch the latest episode of “Running Man” below.