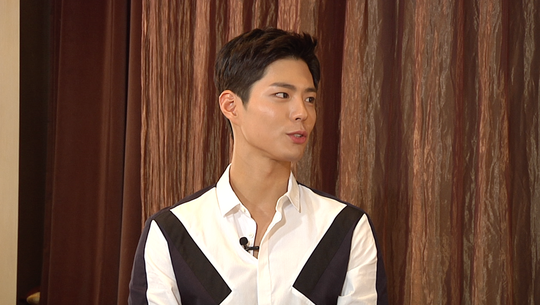 Did you know Park Bo Gum’s “Bombastic” dance had a predecessor?

On the August 24 broadcast of the Exclusive Date corner of “Showbiz Korea,” Park Bo Gum candidly talks about his feelings about his latest role in “Moonlight Drawn by Clouds,” and his famous promotional video prior to the drama’s premiere. 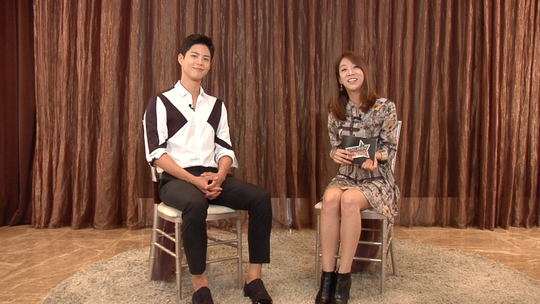 The video in question is none other than the one where the actor shows off his fabulous dance moves to the tune of “Bombastic.” He reveals, “I practiced a lot by watching the video of Kang Dong Won sunbae dancing. Actually, when I was filming, I was embarrassed because I’ve never danced for such a long amount of time. I think I ended up looking cool due to the help of many people on set.”

“Moonlight Drawn by Clouds” marks Park Bo Gum’s first historical drama since his debut. The actor also reveals the advice and help he received from his seniors at his company, Blossom Entertainment, in preparation for the drama.

He says, “Cha Tae Hyun sunbae graciously agreed to cameo in my drama. Song Joong Ki sunbae encouraged me when I was centered on the wrong thing.” The actor also explains how Im Joo Hwan helped him a lot in detail with how to act while wearing time-specific clothing, since the older has filmed many historical dramas and movies.

Park Bo Gum also states that he wants to act in many different dramas in a variety of characters, but he especially wants to try film a movie where he is wearing a school uniform and is able to display the innocence of young love before he gets too old.

Meanwhile, check out his amazing, “Bombastic” dancing below if you haven’t yet!