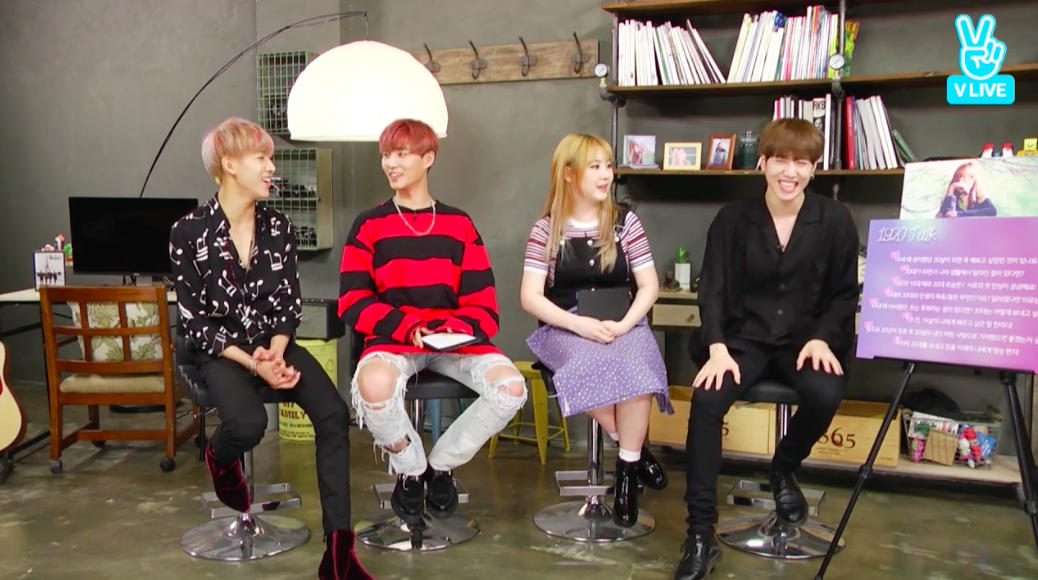 Park Jimin, GOT7’s BamBam And Yugyeom, And DAY6’s Young K Joke About Their First Impressions Of Each Other

On August 22, Park Jimin invited some of her JYP nation family to take part in her live V app countdown to the release of her new mini album “From 19 to 20”!

GOT7 members BamBam and Yugyeom and DAY6 member Young K joined her for her live broadcast that evening, in which they talk about her mini album and title track “Try,” as well as a variety of other topics.

One of the questions brought up on the show is about first impressions, and the group naturally begins to reveal their first impressions of each other. Young K says, “I saw Park Jimin for the first time on a music show, and she was like a monster. She was singing ‘Someone Like You.'”

Park Jimin says it wasn’t actually Adele’s “Someone Like You,” but a performance of her song “Rolling in the Deep” instead, and thanks him, laughing about how he called her a “monster.” “It means you did a good job!” says Yugyeom. 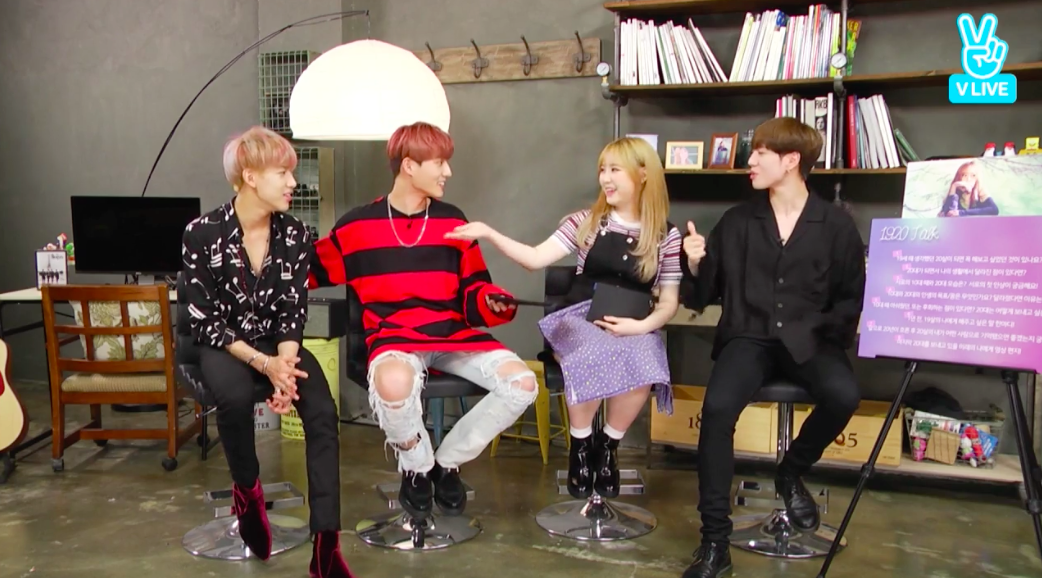 Young K says next that his first impression of Yugyeom was that he was crazy about dancing. BamBam jumps in to share that when he first arrived in Korea, Young K opened the door for him. Young K reminisces, “He was so cute back then. Unbelievable now, right?” and BamBam protests, “I’m still cute now!” 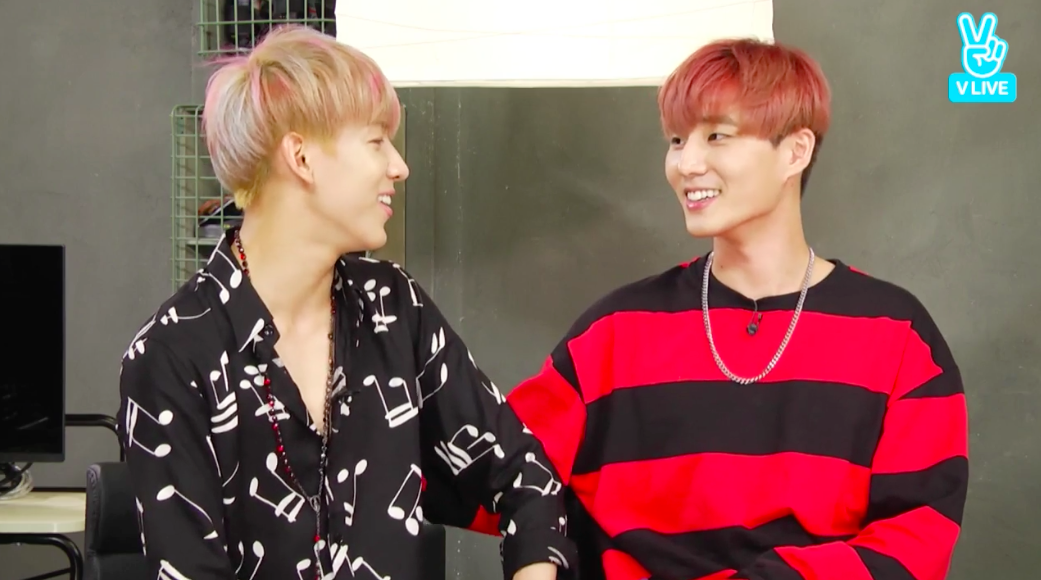 Yugyeom’s up next, and he says that when he first met Park Jimin, she seemed like someone he’d always known. Young K teases Yugyeom that he probably doesn’t remember meeting Young K for the first time, but Yugyeom says he remembers that Young K was in a dance team then and was wearing white and orange shoes. Park Jimin laughs at them, “You guys are more detailed than girls.” 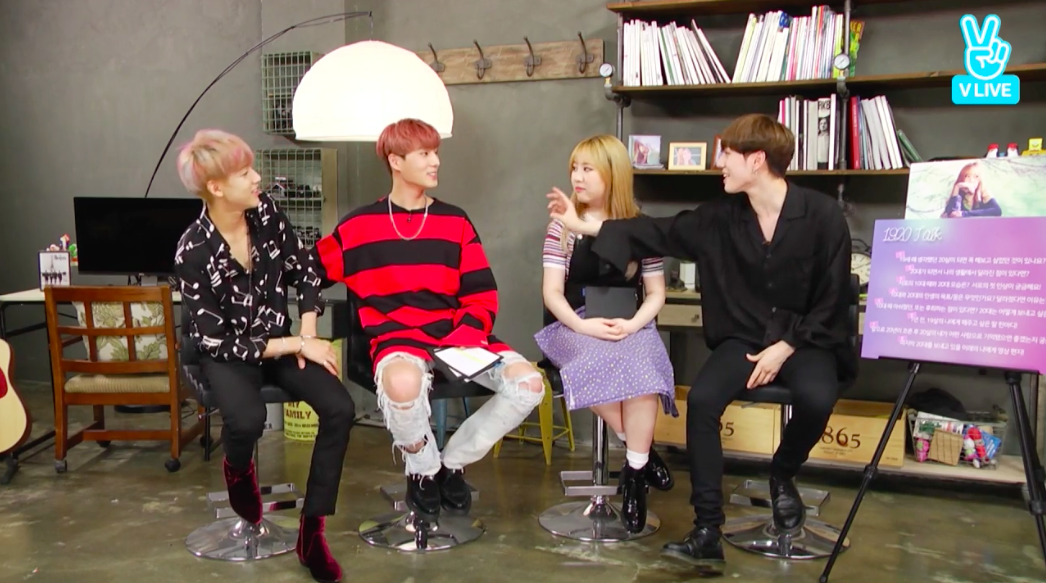 The group then cracks up over how BamBam and Yugyeom used to fight a lot in the past, and BamBam says, “It’s because we fought so much that we’re so close now.”

On BamBam’s turn, he adds that when Young K first opened the door for him, BamBam thought that he was very handsome, and the pair went on to become close as they were put together in a lot of teams for showcases, for both rapping and dancing. 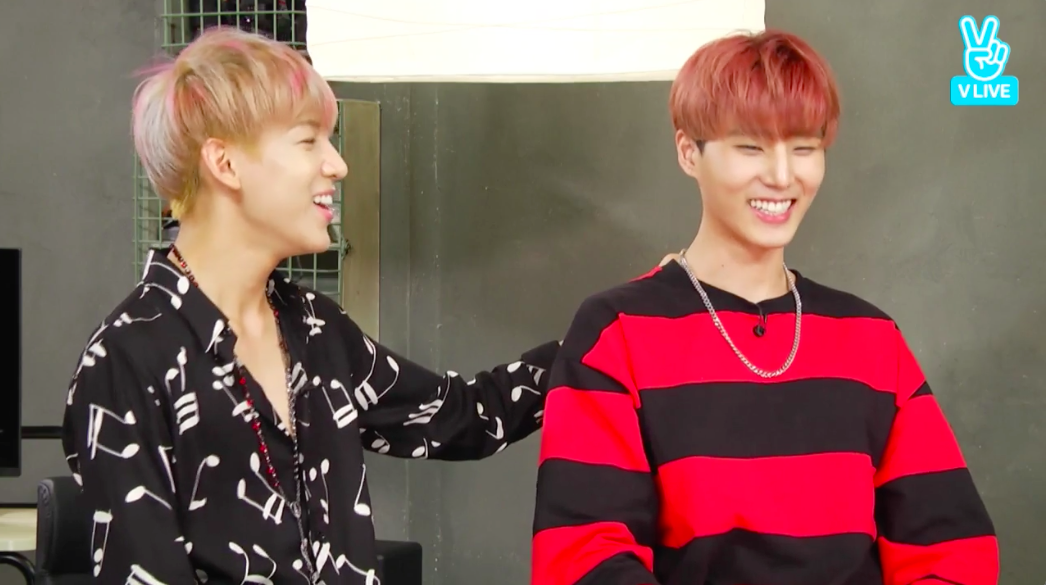 When talking about Park Jimin, BamBam says, “When I first saw you, it was the same. As soon as I saw you, I was like ‘Ah, yes.'” The others laugh and ask what that means, and Park Jimin warns him that she could kick him out if he’s not careful. BamBam clarifies, “It’s a good thing! I thought, ‘That person is my forever friend.'”

He then jokes that Yugyeom used to ignore him at first. Yugyeom clarifies that he was just envious because although they are the same age, he felt like BamBam got more attention from others for being so cute, when Yugyeom was taller and more broadly built. BamBam jokes, “I was envious too, I wondered what it was like to breathe the air up there.” 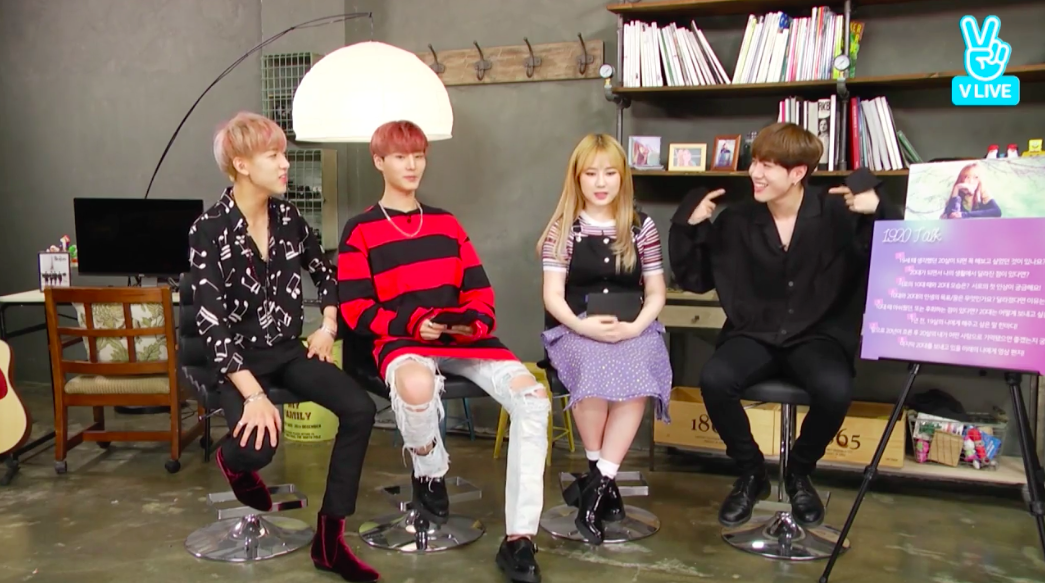 GOT7
DAY6
Yugyeom
BamBam
Young K
Jamie
How does this article make you feel?