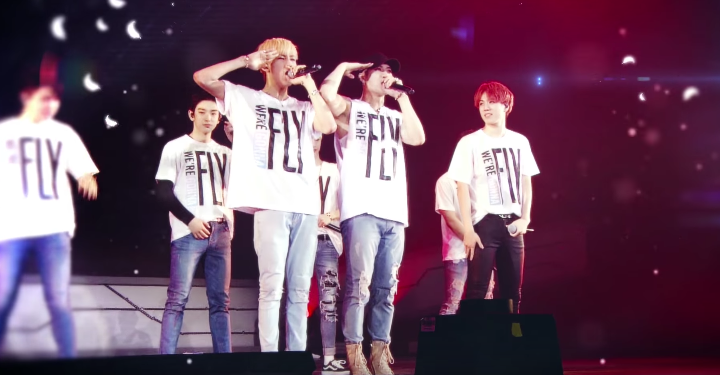 Watch: GOT7’s Recap Video For “Fly Tour” Will Give You All The Feels

Boy group GOT7 has released a special music video recapping the concerts on their solo concert tour “Fly Tour.”

The video shows footage of the boys fooling around behind the scenes and giving it their all on stage over the course of their 115 days of concerts. Fans get a chance to relive all the feels from GOT7’s tour as “Fly” plays in the background. It’s clear GOT7 put their heart and soul into this tour!

GOT7 embarked on their global “Fly Tour” in late April of this year after releasing their mini album “Flight Log: Departure.” GOT7 made stops in Japan, Thailand, China, Singapore, the United States, and more as part of “Fly Tour.”

Did you enjoy seeing GOT7 in concert?