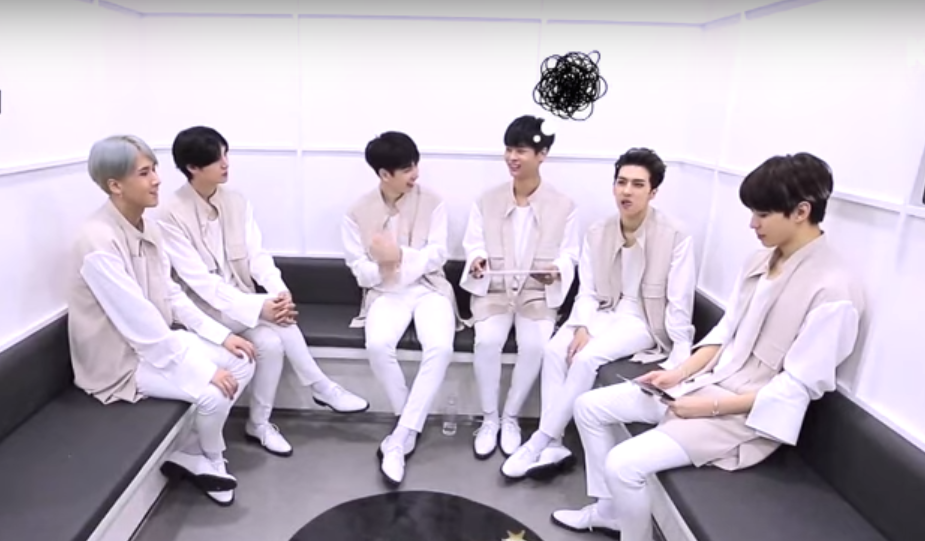 VIXX is known for their innovative concepts and music videos, but which ones do they personally think are the best?

On the August 23 episode of KBS’s “Music Video Bank,” the group takes a look back all their past releases, and chooses which music videos they believe everyone should watch at least once.

To be fair, the group agrees to not include “Fantasy,” since it would seem like an obvious choice as their current promoted song.

In first place is none other than VIXX’s 2014 hit, “Eternity,” which captivated fans with its time-fixated music video.

Leader N explains that they chose this music video for the top spot because it had a huge impact at the time of its release, and showcased the members at a high level of completion. Maknae Hyuk also says that it was most likely the first time that they were showcased as actual humans, as opposed to humanlike beings, in a music video.

Following up in second place is the cyborg love story featured in the music video for “Error.” Finally, rounding up the ranks is the dark and eerie “Voodoo Doll” music video in third place.

You can watch the members discuss their choices here.

Meanwhile, VIXX recently snatched their first win for “Fantasy” on the August 23 episode of “The Show.”

Support the artist by buying VIXX - Hades from YesAsia

Which of their music videos was your favorite?