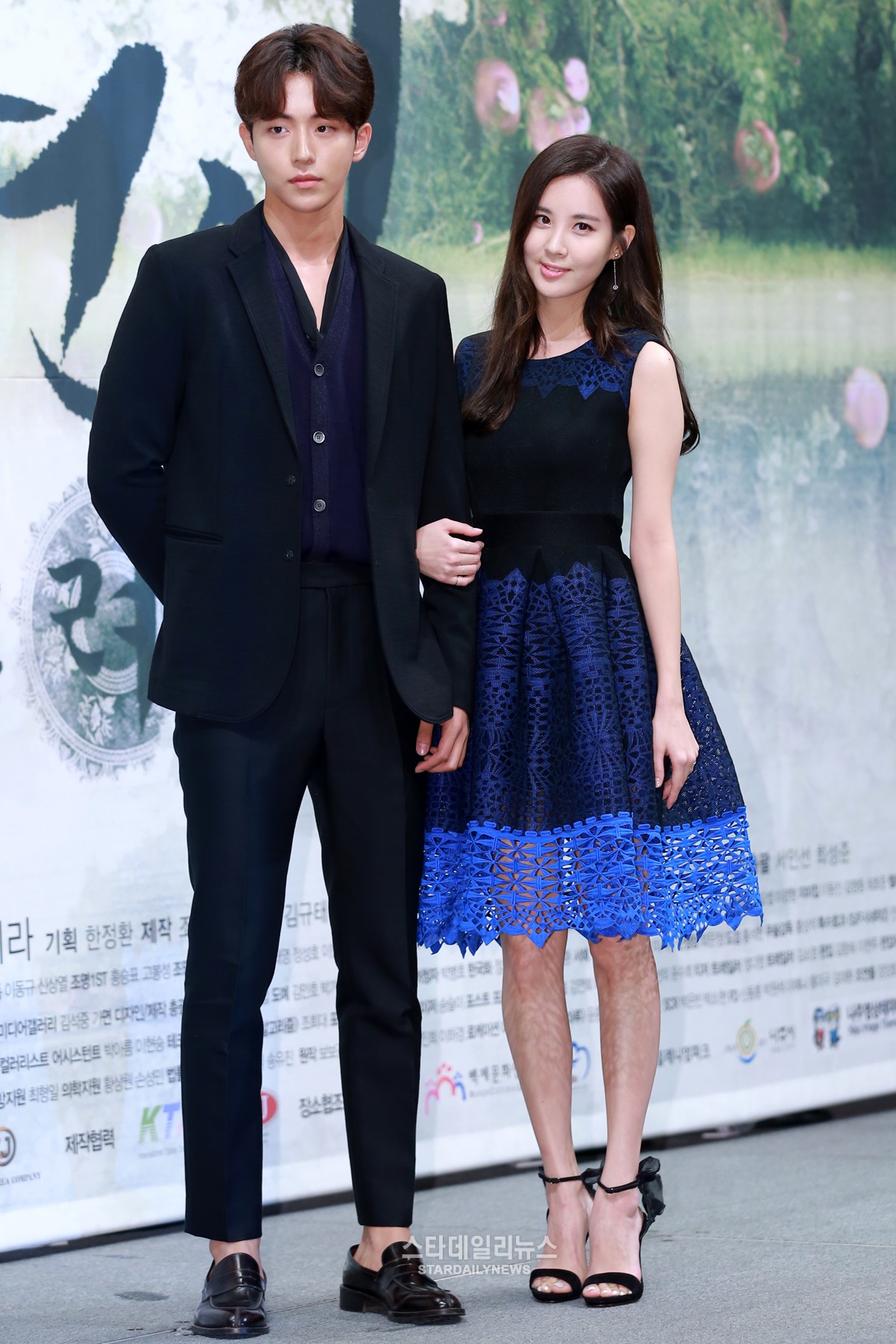 On August 24, SBS’s “Scarlet Heart: Goryeo” held a press conference ahead of the drama’s broadcast.

Nam Joo Hyuk who portrays the 13th prince and Girls’ Generation’s Seohyun who acts as Princess Woo Hee will have a romance in the drama.

The actor praised his co-star and said, “I was happy to be able to act with Seohyun. Since Seohyun is pretty I was able to express emotions automatically.”

Seohyun talked about her casting and commented, “Girls’ Generation members were really envious when they heard that I would be acting in this drama. I think it was because so many cool actors are in it.”

She also complimented Nam Joo Hyuk and said, “Since I am Nam Joo Hyuk’s junior when it comes to acting, Nam Joo Hyuk helped me a lot. He had great manners at the filming set.”

“Scarlet Heart: Goryeo” is a drama about a 21st century female who gets transported to the Goryeo Dynasty and experiences the power struggle between princes. The first two episodes are scheduled to air on August 29.