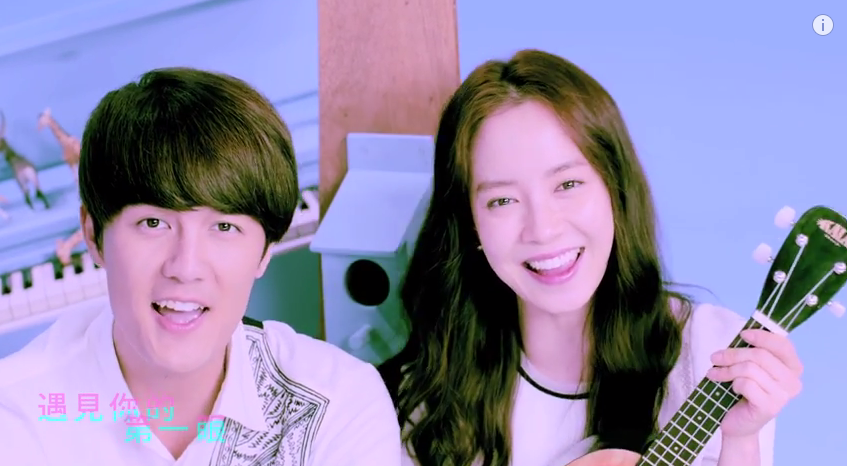 As a Chinese pop (C-pop) fan who later moved on to K-pop, I can say that things have come a long way. It’s hard to believe now, but there was once a time when I felt compelled to choose between the two genres. Back in the day, there were C-pop fans who believed you couldn’t really like both – it was seen as a betrayal to C-pop if you liked K-pop. And on the flip side, while K-pop fans didn’t necessarily feel the same way, it turned out that very few of them actually knew anything about it.

Thankfully, those days are far behind us. We’ve seen a rise in recognition and acceptance of the talents in both industries, with K-pop artists widely promoting in China and Taiwan, and now, K-pop artists who are collaborating with C-pop artists. And what this means for fans of either (or both) is that we have more good music to listen to! Check out the following tracks for just a sample of some amazing collaborations between K-pop and C-pop artists!

Probably the earliest K-pop and C-pop collaboration. Between two of the most recognizable names in Asia, one would expect “Perfect Harmony” to have been a huge hit. Unfortunately, it was swept under the carpet and forgotten among the hits on Wang Lee Hom’s 11th studio album, Heroes of the Earth. It’s worth a listen or two, though.

As Show Lo and Suzy are both top stars in their respective industries, this was a collaboration that worked out well. Even if you’re not into cotton candy-type love songs, check out the “We Got Married” first date-inspired music video!

An epic comeback after a three-year hiatus for one of Taiwan’s most talented singer-composers, Kenji Wu made the world go crazy when he announced he was doing a duet with Song Ji Hyo. Song Ji Hyo sings?! Really?

Probably one of the most recognizable K-pop/C-pop collaborations, “Checkmate” tells an encouraging tale of overcoming barriers to support one another despite cultural differences. Coupled with the fact that both artists are singing in their native tongue, the song is an interesting medley that brings the idea of a collaboration to a whole new level.

Kangta (and BoA) introduced me to K-pop. At a time when C-pop was rather conservative, Vanness Wu broke new ground while trying to shed his pop idol image in favor of a musician one. Kangta and Vanness made a legit pair, at least for awhile, creating waves both in Taiwan and in Korea.

Vanness Wu’s second collaboration with a K-pop artist happened five years later, for a track from the OST for his drama Ti Amo Chocolate. Working for the first with 2PM’s Junho, Unbeatable is a softer, more romantic track compared to his work with Kangta.

If you’re into more powerful tracks (like me), you’ll probably love this one. Danson Tang and Amber unfortunately do not share too many scenes in this, but apparently they boasted of incredible behind-the-scenes chemistry. Amber showed a particularly impressive performance for someone who was just one year into her debut at that time.

The younger K-pop and K-drama fans of today are probably familiar with Jang Nara the actress, but did you know she is very established as a singer both at home and in China? Jang Nara has an extensive list of collaborations with Chinese artists, but this is one of the most recent, and also one of my favorites.

I must be a failed Shinhwa Changjo since I only found out about this duet recently. Like all of Shinhwa, Jun Jin boasts of an established solo career. But what I didn’t know is he was one of the first K-pop artists to collaborate with a Taiwanese artist back in 2007. Linda Liao hasn’t been very active in recent years, but she was at one time a recognizable face both in Taiwan and throughout Asia.

“1/2 One Out of Two” is the theme song for Aaron Yan’s drama “Fall in Love with Me,” but frankly, the electrifying combination of the two probably made bigger news in Taiwan than the drama itself. Also check out the fancy, high-budget music video, in which Aaron Yan plays a celebrity, and G.NA his secret girlfriend.

One of K-pop’s first artists to break into the Chinese market, Kan Mi Youn released a full Chinese studio album in 2008. This romantic duet with Mainland Chinese singer-actor Yu Hao Ming is about gaining courage through love.

Five years ago, Mnet did the unprecedented by having a Chinese singer promote on M! Countdown, named Wei Chen. Although we haven’t heard much from him since, this collaboration with Lee Joon and Thunder, then of MBLAQ, remains one of my fondest memories.

One of my favorite collaborations to date (and it’s not because I love Junho and he sounds amazing)! Maybe it’s the colorful music video or the catchy tune, but this lighthearted duet is my go-to whenever I’m having a bad day.

Which is your favorite Korean-Chinese collaboration? Which collaborations you are dying to see? Let me know in the comments below!