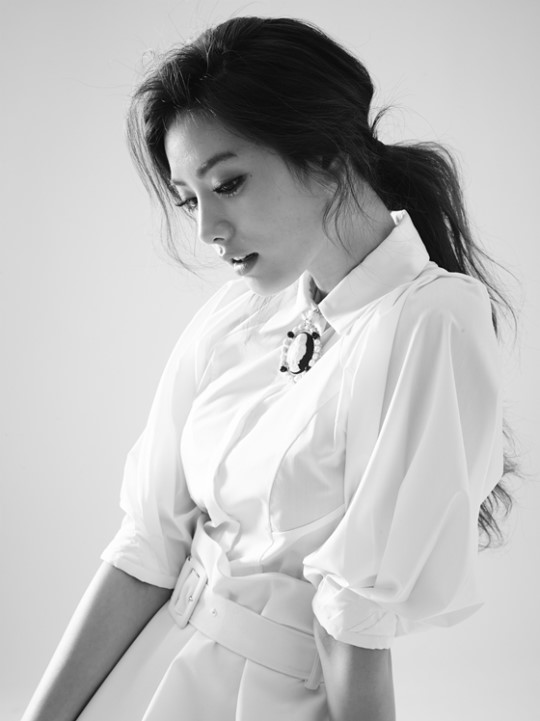 For singer Nana, who has ventured into K-drama acting for the first time with tvN’s “The Good Wife,” nothing is more important than her next step. As she meets both success and uncertainty with her first acting gig, many anticipate where the After School member decides to take her career from here.

In an interview, she says, “Rather than thinking about what kind of role I want to portray or genre I want to do, right now I’d like to try anything. I’m taking my first step into acting now and I’m at the stage of slowly understanding and studying it. I want to try a variety of roles without restricting myself. I’d like to do theater, indie films, and dramas as well.”

Wanting to try her hand at diverse roles, Nana has waited a long time to begin her acting career. The singer-actress didn’t rush into the industry, though she received offers throughout the two years she spent studying. After patiently refining her acting skills, she is now proving her worth through “The Good Wife.”

The After School member explains, “I’ve studied acting for two years. For around a year I worked hard studying vocalization and acting theory whenever I found time in between my promotional activities as a singer. It’s been about two years since I started studying accurate comprehension, analysis, and reading of scripts. My ambition slowly grew as I studied and I started having thoughts like, ‘I want to be on television. I want a role like that,’ but I was still lacking so I had to pass on some opportunities.”

She conveys she is often disappointed at her own acting, so Nana is that much more thankful for the praise she has received from viewers.

Nana states, “I think my acting is still unsatisfactory and lacking, so I’m grateful people look upon my weaknesses kindly. That’s why I thought somehow I should be humble and more thankful at the same time.”

Though she makes a charming actress, many fans are also anticipating her comeback to the stage, and she herself expresses her fondness for her music career.

She says, “At this time I’m enjoying acting and I have a strong desire to try other roles and characters, but singing is my main job so I do want to stand on stage soon. Arrangements haven’t been made for that yet but once they have, I want to prepare and come back.”

Be it acting or singing, whatever Nana does, she wants to do well. However, knowing all too well that sharp critiques are unavoidable, she declares her intentions of working even harder, as all eyes watch her next step.

She shares, “What I do in the future is important. According to what kind of image I’ll show and how prepared I am coming into acting, what many people now think is that I could either go on for a long time or turn back. I know to some degree it depends on my own hard work and effort, so I’ll be working harder, and researching and pondering over it to improve.”