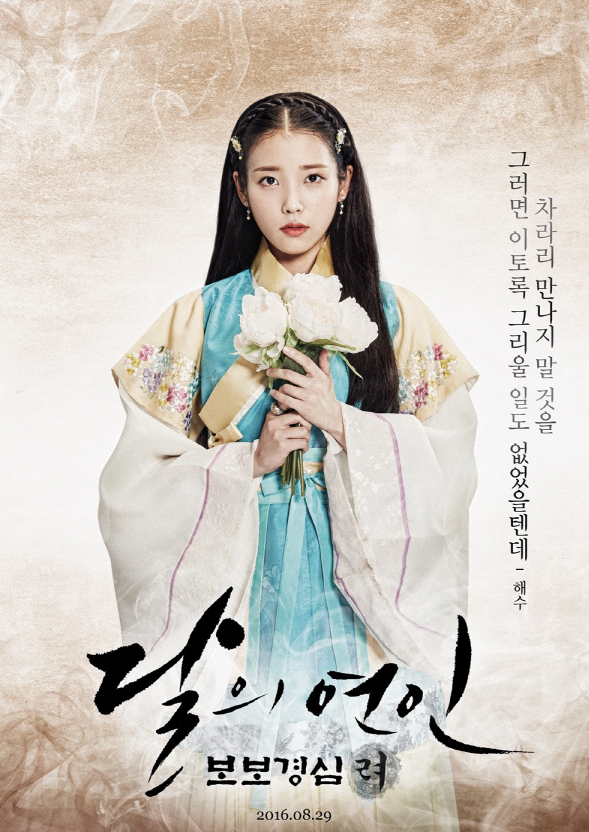 IU To Use Her Real Name In “Scarlet Heart: Goryeo” Credits

IU will be using her real name, Lee Ji Eun, in all promotional materials and the title credits of her upcoming drama, “Scarlet Heart: Goryeo.”

A source from the drama stated, “This decision reflects the desire of the actress.”

“Scarlet Heart: Goryeo” is about a 21st-century girl (IU) who travels back in time to the Goryeo dynasty and gets involved in a fateful romance with a cold-hearted, masked prince (Lee Joon Gi). The production is directed by Kim Gyu Tae.

According to the production staff, Hae Soo’s “modern” mindset makes her seem a little strange to the Goryeo people, but they note that there are many similarities between modern Korea and the Goryeo period (with the exception of the royalty system). For example, women in the Goryeo period held almost equal position in their household with the men and divorce and remarriage were permitted.

“Even among the strong women of the Goryeo dynasty, Hae Soo is a little bit special,” a representative from the drama said. “This attracts the attention of both Wang So and Wang Wook. Hae Soo has the ability to heal their emotional scars but is not afraid to speak her mind to princes.”

As an actress, this is Lee Ji Eun’s first project since last year’s “Producers.” “Scarlet Heart: Goryeo” is scheduled to air its first two episodes on August 29 at 10 p.m. KST.